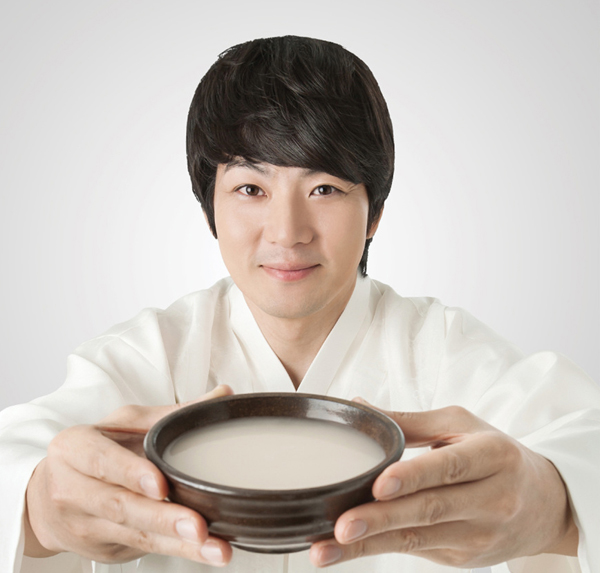 Song appears in a white hanbok, or traditional Korean garment, holding a bowl of makgeolli as if asking a companion to take a sip.

The ad is a follow-up to the one promoting bibimbap, or rice mixed with vegetables, in February.

Yesterday’s advertisement even suggests how to best enjoy makgeolli.

“Pair it with kimchi to really bring out the flavors,” one line reads. “It’s a healthy way to drink. Head to the nearest Koreatown and enjoy.”

Song was chosen as the model for the ad as the MBC drama “Jumong,” in which he took a leading role, garnered much popularity across Asia, the Middle East and Europe, Seo said according to local media reports.