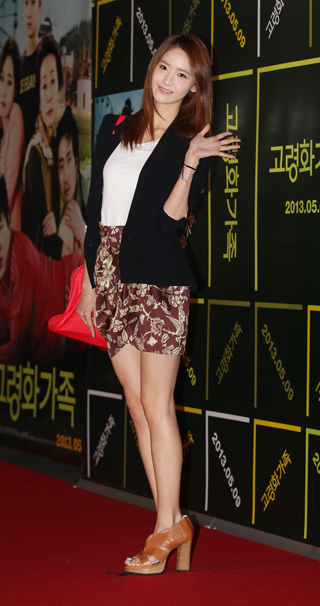 Yuna of Girls’ Generation has participated in a filming of the popular Sunday show, according to the group’s agency, SM Entertainment, Friday.

Although Sunny and Hyoyeon of the group also were reported to appear on the show on Friday, the agency confirmed that only Yuna will join a two-day trip for the program. She will join seven other regulars, including singer and actor Cha Tae-hyun, singer Sung Si-kyung and actor Yoo Hae-jin in many games to decide who gets to sleep indoors or who gets to eat dinner first.

Fans were excited about the news as a member of the popular girl group will be showing more down-to-earth characteristics than were previously shown in other music shows or during her stage performances.

The popular nine-member girl group fans are also wondering online which regular member will join Yuna if she’s chosen to camp overnight after losing various games on the program. The episode will air next month.