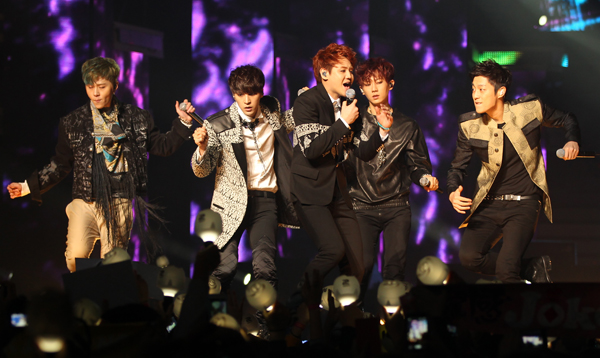 Much-loved boy band Beast will make a comeback in July, according to the CEO of its agency, Cube Entertainment, on the company’s official Web site.

“We are ready to deliver three big pictures we have for Beast’s comeback for which many of you were waiting,” said Hong.

“We strived to match up the puzzle so that everyone who has been cheering for the [group] can be happy,” he explained as the comeback date has been delayed longer than expected.

The group is scheduled to be back in the music scene this month. To make up for the delay, the group will release its title track, tentatively named “Is It Okay” tomorrow, before the official album release in July.

Also, the group will plan a fan meet next month while the members prepare for the new album.

“We are trying to make another turning point for Beast with this new album so that it can become a global star and do many more things,” said the CEO.

The group also plans to have a concert in Korea in July.