And the winner is

And the winner is 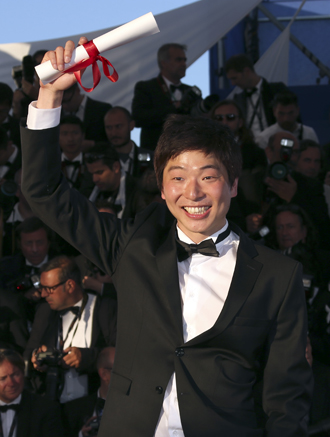 And the winner is - Moon Byoung-gon picked up the Palme d’Or for Best Short Film at the 66th Cannes International Film Festival on Sunday for “Safe.” His film about illegal gambling focuses on the downside of living in a money-driven, capitalistic world. The 31-year-old filmmaker made history, becoming the first Korean director to have won the grand prize within the shorts segment. With the exposure, Moon hopes to sell his 13-minute film to foreign buyers.