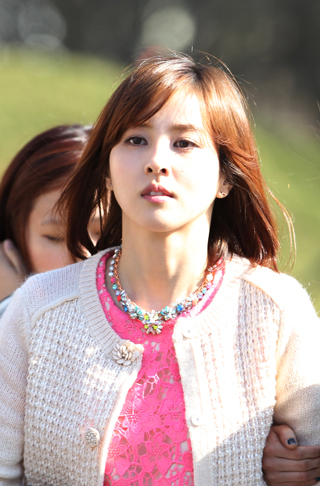 “We are getting married on July 1,” said Han. “I sometimes feel suffocated due to the many rumors [about us], but we have consoled each other by saying we should never forget what’s most precious.”

She also said that she had decided not to respond to every little detail in rumors and reports as she felt burdened by the uptick in attention.

“Our decision to marry is very recent,” said Han, adding that the couple had to rush the wedding due to Ki’s football schedule.

For fans worrying about Han leaving the entertainment scene, she said, “I will continue to meet [fans] ... even after I get married.”

The wedding will be held at the Intercontinental Hotel in Gangnam District, southern Seoul.

They have not decided on a honeymoon destination as Ki must return to Swansea City for training on the day after the wedding.