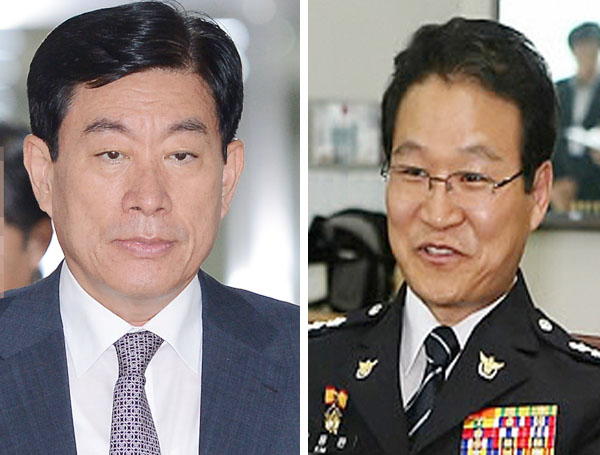 The prosecutors investigating allegations that the National Intelligence Service meddled in last year’s presidential election and that the police tried to cover up the subsequent scandal reportedly opined yesterday to top prosecutors that they should request an arrest warrant for a former NIS chief and former Seoul police chief.

The prosecutors also summoned a dozen other former and incumbent NIS agents as well as police officials in its special investigation.

The prosecutors reportedly concluded that Won, who led the spy agency for four years from 2009 until February this year, not only violated NIS’ internal code of conduct by requiring its agents to remain politically neutral but also breached the Public Official Election Act by intervening in the Dec. 19 presidential election.

Prosecutors evaluated writing posted on 15 Internet sites where NIS agents under the agency’s now-disbanded psychological operations bureau were believed to have conducted an online smear campaign against Moon Jae-in, the opposition candidate for president, in the run-up to the presidential election last year.

The prosecutors also summoned former psychological operations bureau chief, Min Byung-ju, and dozens of other former and current NIS workers for questioning to get to the bottom of the case.

The authorities also reportedly confirmed that Won, confidant of former President Lee Myung-bak, had intervened in domestic politics in violation of NIS internal regulations by ordering NIS agents to take measures to advocate major policies under the Lee administration, including the four-rivers restoration project and its proposal to cancel the relocation of a government complex to Sejong City.

Citing the possibility that Won may destroy evidence or flee the country, prosecutors reportedly explained to its top leadership the need for an arrest warrant against Won.

For the 55-year-old former Seoul police chief, authorities have also concluded that Kim fiddled in the police investigation into the NIS scandal by ordering his subordinates at the Suseo Police Precinct, the main investigators of the case at the time, to go easy on the investigation.

The prosecutors also have discovered there was an organized attempt by the Seoul police agency to get rid of internal data that could be used against them in the investigation.

“We have found out an official in the agency’s Cyber Crime Investigation department attempted to erase computer data files right before the prosecutorial raid,” said one prosecutor involved in the case, speaking on the condition of anonymity.