A dream workplace for all

A dream workplace for all 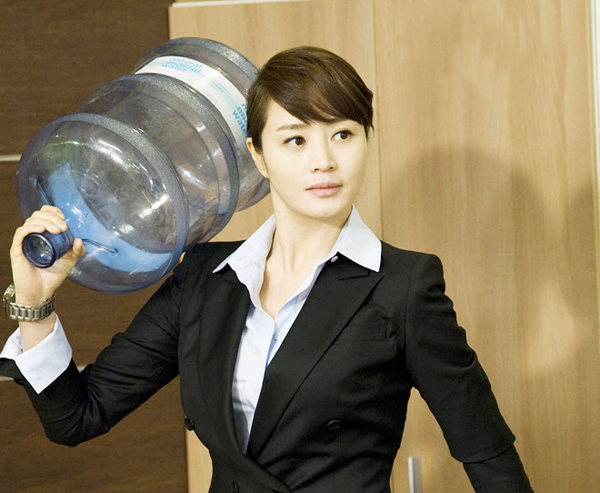 “A company is a place to make money, but it’s also a place where people get together. We can all move forward by helping each other and leading one another.”

In a recently broadcast television drama, team leader Mu Jeong-han tells Miss Kim (pictured right) not to treat Ko Jeong-do as a burden. Thanks to Miss Kim’s help, Ko is saved from being laid off, and he says, “No one can go by oneself. How can a clock move on its own? The hour hand, the minute hand and the second hand need to move in sync.”

Some may think it is cliche, but many viewers are touched by Mr. Mu. He likes to say that the team members are like a family, and the company is a community.

His philosophy suits a cooperative better than an enterprise. A co-op is an organization where the members make contributions to do business. By nature, it is different from a business enterprise established by a capitalist. There is no major shareholder or owner. Each member of the cooperative has one vote, and the business is operated democratically. The management is not the owner but the managerial members. Both profit and loss are shared. You can leave a co-op but firing is rare. If an enterprise is a monarchy, a cooperative is a republic. It may be the dream workplace for Mr. Mu.

The model of the idealistic workplace is Mondragon, a town in the Basque Country in Spain. Using the co-op boom, Korean politicians want to pretend they know a thing or two about Mondragon.

The mountain town is a federation of countless worker cooperatives. Mondragon, meaning “dragon’s mountain,” used to be an insignificant town devastated by a civil war, poverty, oppression and discrimination. In 1941, the young Catholic priest Jose Maria Arizmendiarrieta planted the seed for a miracle in Mondragon. He advocated the sanctity of labor and the need for cooperation. He also trained skilled engineers, who became the human infrastructure of the co-ops. It began with one co-op of 23 members in 1956 and now has 258 co-ops, encompassing light industries, finance, distribution and manufacturing. In the midst of the neoliberal waves, Mondragon’s success is considered a miracle.

Koreans learned of Mondragon’s story in the late 80s. In 1990, former Ewha University professor Lee Hyo-jae contributed a travel essay to the Hankyoreh. Since then, the basic information about Mondragon has been shared by the public. Reflecting Koreans’ interest in Mondragon, the town’s official homepage offers information in Korean.

But you would be a naive romantic to think the model can be imported and implemented directly. Mondragon didn’t just grow by itself. Today’s Mondragon is a result of evolution over time. Father Jose Maria’s religious leadership, the sense of solidarity among the Basques, and isolated geographical location created a unique eco-system like the Galapagos Islands. It may seem easy, but Mondragon went through a lot of trouble. There have been strikes, and during the economic slump, a co-op bank intervened and implemented restructuring. Of course, the surplus workforce was relocated to avoid layoffs. Also, Mondragon’s size is not very big. With a total asset of 47 trillion won ($41.68 billion), it is a bit smaller than the Hyundai Heavy Industry. The annual revenue is 20 trillion won, less than half of Kia Motors, while there are 84,000 workers, 2.5 times of Kia Motors. It seems rather weak as an alternative to a conglomerate.

But that doesn’t mean Mondragon is a mere attraction. It is a model that can be tried in a restricted area or a homogenous group. It requires an important premise: the spirit of cooperation to move forward together, even if the journey is hard and long. The members also need to give up the ambition to make big money. In Mondragon, the wage gap is limited to six to one. There is no option to make it big by going public. Even with these conditions, there is no guarantee that the miracle of Mondragon would work in Korea as well, unless all the workers think like Mr. Mu, who appreciates and is satisfied with everyday happiness.