Break a leg over in Japan, Boyfriend

Break a leg over in Japan, Boyfriend 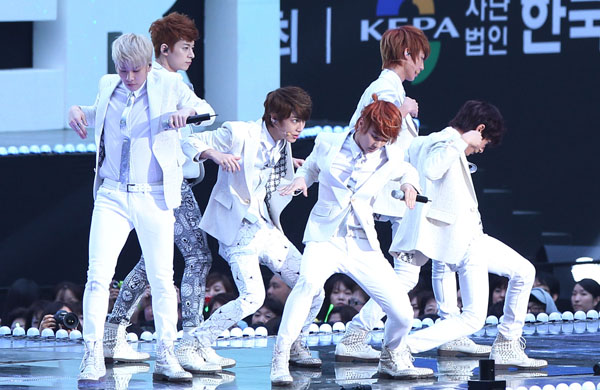 K-pop group Boyfriend will perform its second solo concert series in Japan starting today in Tokyo. The next show will take place in Osaka as part of the tour “Boyfriend Love Communication 2013-Seventh Mission.”

Through the two-day concert, the group will meet 15,000 fans to promote its first Japanese album “Seventh Mission,” released on Wednesday.

Some of the six members will even present solo performances.

Producers will also play the group’s first video “Gogo Ikemen 5” during the shows.

So that as many people can enjoy the concert as possible, the group has also decided to air the Osaka concert live at local movie theaters.

Boyfriend’s new album was ranked fourth on Oricon’s daily album chart on the same day of the release, raising hopes that it will build ground to become one of the most popular Korean singers in the country. Previously, the group’s EP was ranked high on local music chart Oricon. Its first single “Be My Shine,” released in August, was placed No. 1 on the daily EP chart.