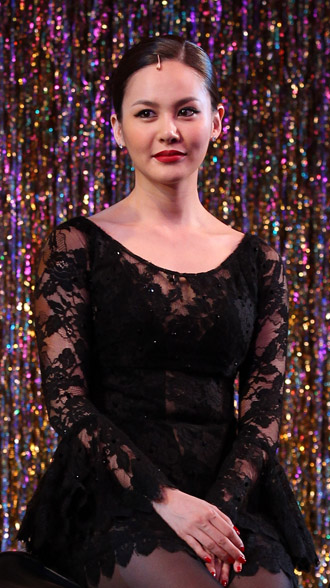 She will release a new EP on June 13, breaking a one-year hiatus from the music industry.

She will focus more on singing than performing, although she previously garnered popularity for her powerful dance moves. Her previous EP “Interview Part 1” focused on ballads and helped the star make a new name for herself.

“This album will be full of fresh yet striking songs,” said her agency Polaris Entertainment. “Ivy has participated in coordinating the entire album, including the music and matching performances.”

It has been said that she declined to include a song composed and written by Lee Hyo-ri.

On the SBS talk show “Thank You” on Friday, Lee said she sent a song to Ivy after her own “Miss Korea” became a hit.

But after Ivy listened to the tune, she said she couldn’t use it.