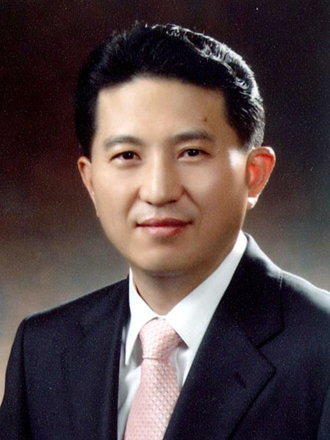 Lim Young-rok, president of KB Financial Group, was nominated as chairman of the group by outside directors yesterday over three other finalists.

“The [decision was made after] the committee took into consideration the interviews and after making inquiries concerning the reputations of the candidates. Committee members exchanged their thoughts and conducted a vote to select the final candidate,” KB Financial Group said in a statement.

According to KB Financial, Lim, 58, was the unanimous choice of committee members. Lim is a graduate of Seoul National University and passed the civil service exam in 1977.

He was second vice finance minister from 2007 to 2008 before joining the Korea Banking Institute as a researcher. He has been KB Financial Group president since 2010.

Lim will be recommended during the board of directors meeting next week and officially named as chairman in July. When approved by the shareholders Lim will serve the position of the next three years.

Current Chairman Euh Yoon-dae said last month he would not seek a second term when his term ends July 12.

Industry insiders note that the new chairman will face various important tasks, among them evaluating the sale of Woori Financial Group.

One of the nominating committee’s key criteria for a new chairman was someone with good negotiation skills who could promote merger and acquisition.

Immediately after Lim’s nomination was announced, the labor union released a statement criticizing the government for moving to increase its influence on the financial industry.

“Is the Park Geun-hye administration’s personnel philosophy to resurrect government control of the financial industry?” the statement asked. It accused the current administration of breaking its pledge to discard any parachute executives.

“The government, through the Chairman of the Financial Services Commission has applied unspoken pressure on the outside director of a financial institution that it has absolutely no stake in and forced its government influence,” the union said.