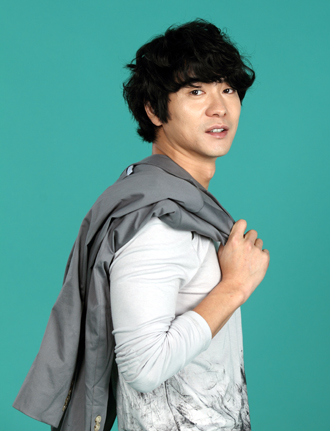 Professional golfer Ahn Shi-hyun and her husband, Marco, explained that they had a usual fight as a married couple after local media reported on a possible assault charge against Marco.

According to Seongdong District police, Ahn reported Marco to the police on Sunday, then the police raided Ahn’s house in Geumho-dong, northeastern Seoul, and arrested him.

The police held Marco for about five hours as Ahn, at the time of reporting Marco, expressed her strong will to have him punished.

The fight between the two allegedly arose as Ahn asked Marco to give her some tissues after their daughter urinated on the floor. Marco, who was reportedly busy getting ready to go out for his filming schedule, started to argue with Ahn and threw a vacuum cleaner and Ahn’s smartphone on the floor. In the meantime, it was reported that there were two instances of physical contact between the couple,

The couple, who were married in 2011, said yesterday that they have already made up and were surprised to see that there were so many reports about their fight over the weekend.

Ahn talked to the police early yesterday and said she doesn’t want any punishment to be imposed on her husband, according to local media reports.

Marco is currently a regular on the food program “Finding Delicious TV” on MBC.