Pitching up a storm

Pitching up a storm 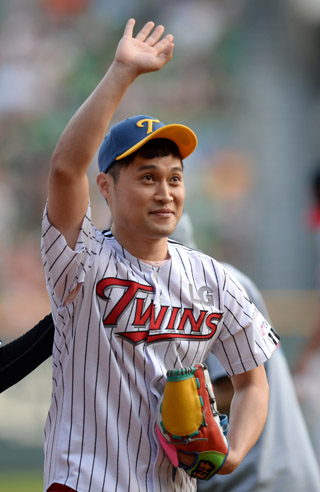 Song Jun-geun waves at fans prior to his pitch at Jamsil Baseball Stadium in southern Seoul.[NEWSIS]

Comedian Song Jun-geun threw a pitch at a baseball game between the LG Twins and Lotte Giants on Friday at Jamsil Baseball Stadium in southern Seoul.
Song Jun-geun, a regular on weekly program “Gag Concert” on KBS, appeared on many special segments on Sunday to celebrate the 700th edition of the show. 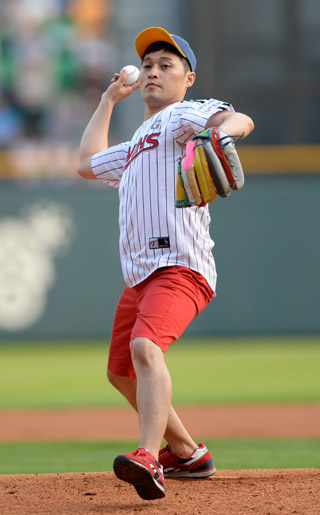 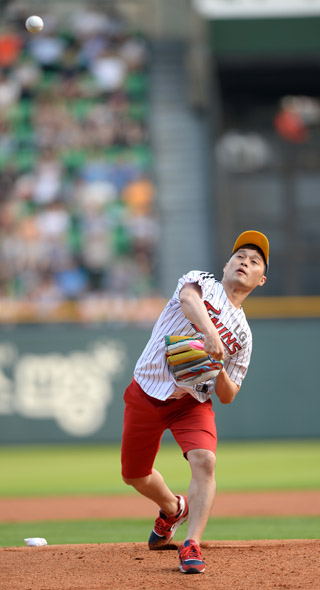 Comedian Song Jun-geun looks at a ball he just threw at a game between the LG Twins and Lotte Giants.[NEWSIS]