Maserati aims to leave its marque on Korea’s roads

Maserati aims to leave its marque on Korea’s roads 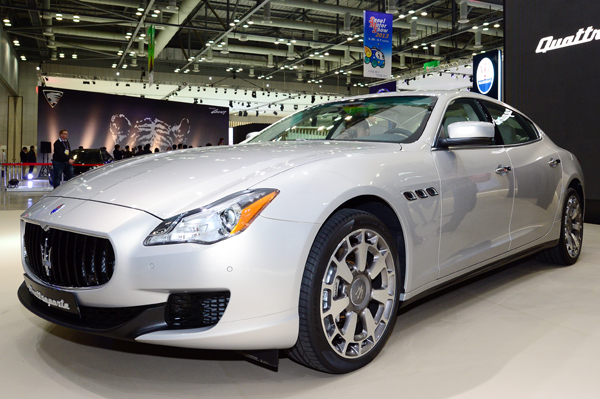 A Maserati Quattroporte is displayed at the Seoul Motor Show held at Kintex, Gyeonggi, in March. [JoongAng Ilbo]

Maserati sold only 60 vehicles last year in Korea, hardly shocking given the Italian luxury brand’s price tag. Maserati’s GranTrusimo is the cheapest model sold in Korea and it goes for a cool 187.8 million won ($165,700).

Maserati sales and service in Korea is managed by Forza Motors Korea (FMK), exclusive importer of the brand, and the sole showroom is in Sinsa-dong, southern Seoul. But FMK’s senior managing director Kim Young-sik said the company plans to open two more shops in Busan and Bundang-gu, Seongnam, in September.

Kim, who previously worked at Hyundai Motor, Mercedes-Benz and BMW, said the company expects 2013 sales to double to 120.

“Sales in Korea account for only 1.5 percent of Maserati’s global sales, but headquarters is paying attention to the Asian market as an alternative to Europe, where economies are struggling,” Kim said. “Our all-new Quattroporte will go on sale next month and the midsize sedan Ghibli will be released in September.”

Kim said the Ghibli will sell for 110 million won to 135 million won.

“About 54 imported cars will be released in Korea and if you can’t release a good model at a nice price, you won’t be able to get attention from customers,” Kim said. “Maserati headquarters this year will increase production to 17,000 units and compete with Mercedes-Benz, BMW and Audi.” 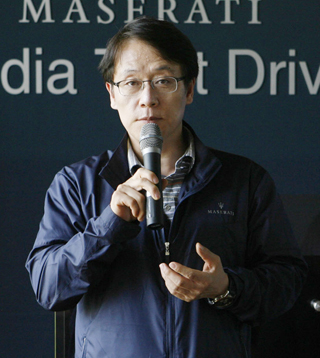 But the 50-year-old said competing with German brands doesn’t mean Maserati is giving up its super luxury image.

“Even if our price is lowered, Maserati still sells cars for 100 million won,” Kim said. “It’s our expression of confidence that our models also have competitiveness for the public.”

Maserati recently earned attention when actress E Jiah, who is the former wife of singer Seo Tae-ji, was involved in a car accident and her car turned out to be a Maserati.

“The rumor that repair costs of E’s car exceeded 30 million won isn’t true,” said Kim, with a chuckle. “I can’t reveal the exact cost, but it is less than 20 million won.”