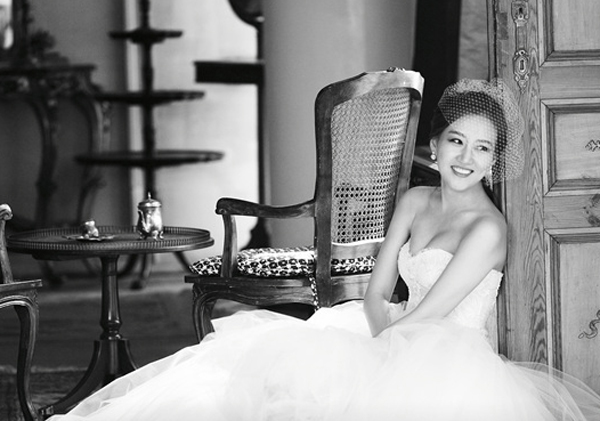 Singer Jang Yoon-jung refrained from commenting further on her family matters during an appearance on talk show “Hwashin - Controller of the Heart” Tuesday.

“Of course there are a lot of stories I want to tell,” said Jang. “But, I don’t think talking is the answer. All will be resolved when some time has passed. There’s not much that thinking about it can do. It is better to wait until the spring than to keep a heater on to melt the ice in the winter.”

Jang then thanked her husband Do Kyung-wan for being there during the tough times. They are legally married but have not yet had a wedding ceremony. It is currently scheduled for June 28.

“If I were alone, it would have been hard,” said Jang.

“Because I have someone next to me, I can patiently wait for spring. If he weren’t next to me, I might have tried to turn that heater on [to melt ice in the winter].”

Jang’s mother has said that she won’t go to her daughter’s wedding since she did not receive an invitation, according to local media reports.

Jang’s family drama has been in the news ever since pre-interview information was leaked before Jang appeared on SBS talk show “Healing Camp.”

During filming, she discussed her lack of savings and significant debt, which she blamed on her mother’s excessive investments in her brother’s business. The mother and brother have made television appearances to rebut the singer’s claims.

She also showed off invitations handwritten by her husband and gave them to hosts and guests of the show, including host Kim Hee-sun and singer Yoon Do-hyun of YB Band. She also released some wedding photos taken with Do at a studio.