Conferring with a friend

Conferring with a friend 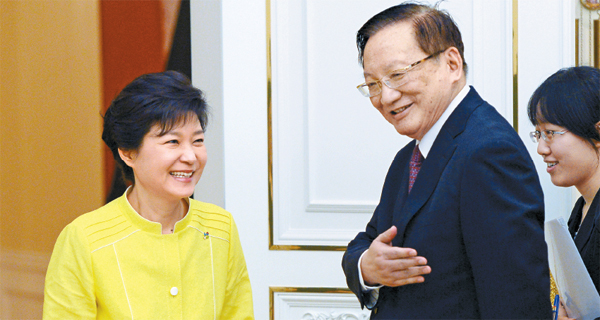 President Park Geun-hye, left, greets former Chinese State Councilor Tang Jiaxuan, second from left, yesterday at the Blue House in central Seoul ahead of her first summit with Chinese President Xi Jinping on June 27. During the meeting, the president explained her “trust building” policy in dealing with North Korea, which combines stern responses to provocations while seeking cooperation in economic and humanitarian projects. This is the sixth time that the two have met since 2001, when Park visited China as a lawmaker. [Joint Press Corps]