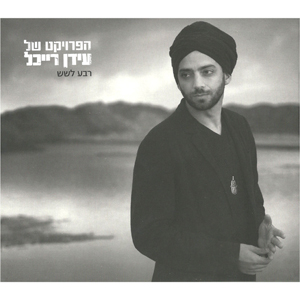 The idea that one could create a cohesive album by pulling together unique voices singing in different languages and from different musical traditions would seem daunting. Yet this challenge is what Israeli keyboardist and composer Idan Raichel has embraced and brought to blossom.

During the past decade, Raichel has led his impressive collective pairing up with musicians from around the globe to create pieces that leap through boundaries and create synthesis where one expects disparity. On “Quarter to Six,” Raichel has composed 16 songs, collaborating at times with his partners, giving the body cohesion. Raichel’s orchestration is subtle, allowing the different languages and instruments to shine on each piece.

There is a unifying spirit in the songs, a spirit that conjures senses of longing, melancholy and hope. This sentiment can be felt in two of the album’s strongest works: There’s “Sabe Deus [God Knows],’’ performed with Portugal’s Ana Moura, and the haunting “Mon Amour [My Love],’’ sung by Vieux Farka Toure, the Malian guitarist who is the son of the acclaimed Ali Farka Toure.