Choi aiming to end his career ‘on good note’

Choi aiming to end his career ‘on good note’ 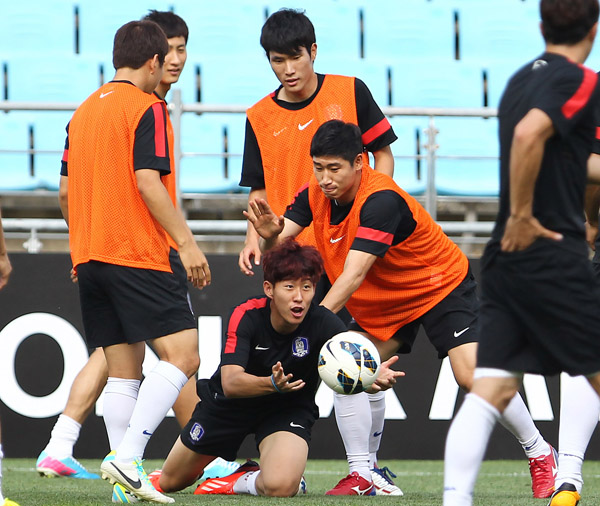 Tonight’s match against Iran will remain forever in Choi Kang-hee’s mind as he looks back later at his over 30-year-long football career.

A victory will secure the Taegeuk Warriors’ eighth successive World Cup appearance in style, but above all, it will redeem his name as his time at the helm of the national team is about to expire. The coach knows a win in the decisive match will change the legacy he will leave behind when he steps down after the match as he promised.

Before taking the helm, Choi was held in high regard as one of the most successful coaches in Korea. He led the Jeonbuk Motors to the Asian Football Confederation Champions League title in 2006. He nearly repeated the feat in 2010, only to finish as the runner-up. The Motors thrived in the K-League under his leadership, winning the domestic league’s title in 2009 and 2011.

He was expected to pass the DNA from that success onto the national team as he took over for Cho Kwang-rae, who was sacked after a 2-1 loss to Lebanon in November 2011.

Months later, Choi found himself on a similar hotbed after a series of winless matches. A 2-2 draw at Uzbekistan in September 2012 and a 1-0 loss at Iran a month later threatened Korea’s once-stable leading position in the group and fans criticized him harshly for a lack of successful tactics. His preference of domestic players like his Motors pupil Lee Dong-gook over young talents overseas such as Son Heung-min was also bashed as being unprofessional.

Choi said that all is well that ends well. 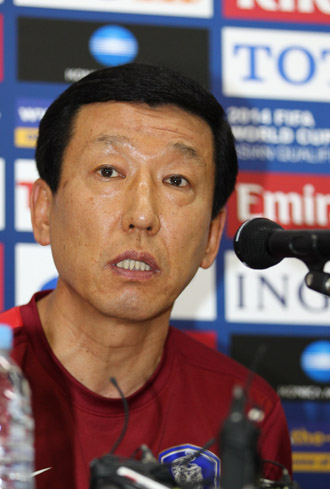 “Over the course of time, we have had difficulty because of our results and performance, but I want to have a nice finish,” Choi said.

“The players have prepared with a will to win and I have great expectations.”

Korea earned seven points from the three previous games and is now leading Group A with 14 points. Iran is trailing a point behind, while Uzbekistan is in third place with 11 points. Only a draw will secure Korea a slot in Rio de Janeiro, while Iran must beat Korea to get a berth regardless of today’s other match between Uzbekistan and Qatar.

Korea also can lose its berth if it suffers a landslide loss to Iran and Uzbekistan beats Qatar by a huge margin. Korea scored seven more goals than it allowed, while Uzbekistan’s goal surplus is only one.

The two top teams from Group A will automatically get a World Cup berth, while the third team will enter two rounds of playoff series.

The stakes are so high that Korea and Iran have declared it a must-win game and a war of words between the coaches escalated the tension.

Choi expressed remorse about what he said was poor treatment of the Korean team by Iran in Teheran in October and said that he wants to see Uzbekistan, not Iran, qualify along with Korea. Iran’s national football team coach, Carlos Queiroz, denied that Iran treated Korea poorly and said Choi owes an apology for his remarks.

In response, Choi said that Queiroz would watch the Brazil World Cup at his home in Portugal. Son and Iran captain Javad Nekounam have also added fuel to the fire with jibes directed at one another. As the tension intensified, Choi tried to refrain from making further comments. When asked by an Iranian reporter yesterday why he wanted to fight, instead of doing a “beautiful game,” Choi shot back, saying, “We will do a beautiful game on the pitch. I don’t want to talk any more about it off the field.”

Iran has been the toughest Asian opponent for Korea in recent years. Korea beat Iran nine times against 10 losses and seven draws. “Our players are resolute not to yield another loss at home [to Iran],” Choi said. “We have prepared thoroughly.”