The film tells a heartwarming, human story about dreams and family. In this impressive tale, a mother and daughter don’t give up hope despite social prejudice and difficult circumstances

Wan is a high school student living with her mother, Holly, who is a club dancer in a gijichon, a village near a U.S military camp. Holly has been persecuted as a yanggongju, or a prostitute for the U.S military, and her daughter, Wan, is an outsider at school, but despite this, they are able to live a happy life by depending on each other.

However, one day, their lives and relationship become twisted after international ballerina Su-jin steps into the scene. Wan wants to be a ballerina and study under Su-jin, but Holly objects not only due to a troubled past with Su-jin but out of fear that her daughter, too, may fall into a life not unlike her own. As time goes by, they don’t understand each other and their lasting ties gradually take a turn for the worse.

There were several complications in making this film. The plot stemmed from writer Jo Hyun-kyung’s childhood memories in a gijichon. Although the original treatment of this film won the prize at the SBS Drama Scenario Contest in 2003, it didn’t see the light of production for 10 years. However, in the end it had the chance to be an independent film supported by the Korea Creative Contents Agency.

This film is also attracting public attention as it is the big-screen debut of Girl’s Day Min-a and the much-anticipated return of actress Sin-i after a two-year hiatus. 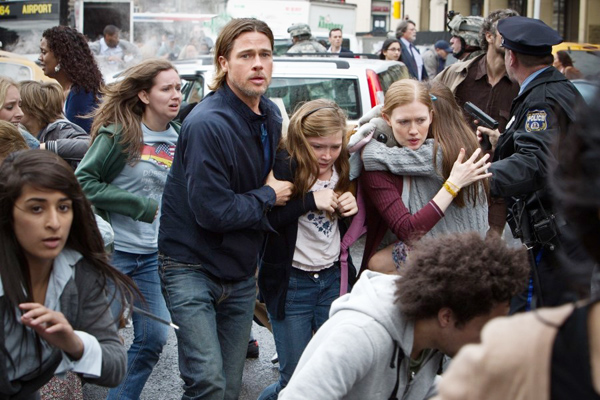 Our hero Gerry Lane, a retired UN investigator played by Brad Pitt, is called back into service to find the source and hopefully a cure for a mystery pandemic rapidly infecting the world.

After stashing his family in the apparent safety of a naval cruiser, he travels the globe fighting infected zombies and negotiating tricky political affairs to try and save humanity.

His quest for patient zero quickly takes him to South Korea, where he’s told the North Koreans have avoided the outbreak with a statewide policy of mandatory teeth extraction.

His then appears in Jerusalem, which featured heavily in the novel, and Wales, where he meets Peter Capaldi, who you might know better as Malcolm Tucker from “In The Loop.” He gives a strong performance that lends some depth to the movie.

There are some slow and predictable scenes toward the second half of the movie that drag on but are tolerable enough.

Forster has opted for the less traditional, but far more terrifying fast zombies, though the actions scenes are less gory that some might hope as the movie squeezes into the PG rating.

Post-production woes and several rewrites give the movie a bit of a jerky feel, but it’s not as crudely cut as early reports might have you believe. 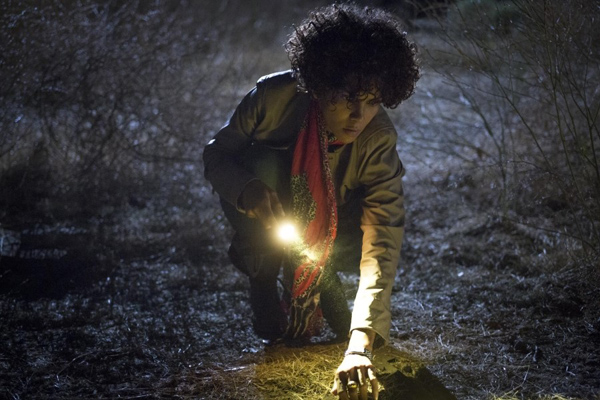 Halle Berry plays a 911 call center operator trying to win back her position after she was relegated to an administrative role when she botched a distressed teenager’s call reporting a serial killer prowling her house. Berry phoned the teenager back, revealing her position to the killer with her ringtone and costing her her life.

Eventually, she’s back on the phone desk only to answer a call from a different teenager, this time stuck in the trunk of a killer’s car.

Berry again takes a personal interest in the case when the history of the abductor is revealed.

We’re taken on a nerve-wrecking ride as Berry coaches the poor abductee.

The tension is high, and even though it’s a bit trashy, we can’t help but get dragged into the plot.

Director Brad Anderson does an excellent job keeping things interesting between his limited filming locations ? primarily the car trunk and the call center, but he starts to lose it toward the end of the film.

We lose some of the tension as we leave the car and things get a bit bloody in the torture scenes. It’s capped off with a predictable finale.

It’s a well-made movie that delivers largely what you’d expect. 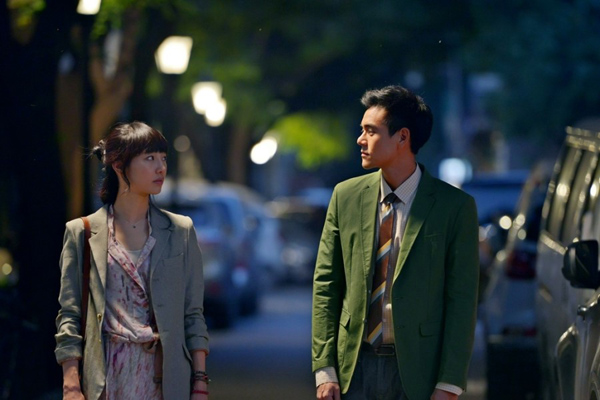 This romance film was created through the joint effort of Korean director Oh Ki-hwan and Chinese actors and crew. Released on April 12 in China, it is now the eighth-highest grossing film of all time in the romance genre in China, earning 192.17 million yuan ($23.22 million) at the box office.

However, the romance flick has drawn mixed reviews from Chinese audiences with a slightly illogical plot.

Qiao Qiao and Li Xing are a young couple in college that appears to be blissfully in love. But the real romance sets out when they decide to split up to pursue their individual careers. But they make a pact that they will be married if they are both alone in five years.

And then, she leaves Beijing for Shanghai to become a designer while he remains in Beijing. After five years, she returns to the city with him in her mind but soon finds he is getting married. She can’t just give up on him and so plans to sabotage his wedding.

The tear-jerker is not recommended for pessimistic people but will surely strike a chord for those who believe in love. 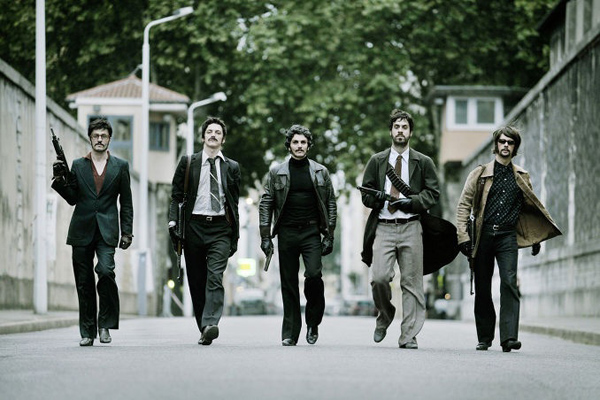 French director Olivier Marchal has made his living from crime movies, drawing from his own experience as a cop, and as the title would suggest, this is another addition to his crime repertoire.

It’s vaguely based on the real life story of Edmond Vidal, a member of a daring gang of Lyon thieves who was sentenced to 10 years imprisonment for his part in a robbery in Strasbourg in the 1970s. Gerard Lanvin plays the lead role.

The now aging Mamon’s life is interrupted when Serge (played by Tcheky Karyo) re-enters his life while in being pursued by mob leaders.

Mamon is torn between protecting his own and looking after Serge. The film looks back at Mamon’s past and depicts a series of violent scenes. It also makes heavy use of flashbacks to tell the story of Mamon. That makes it become tedious as the crimes all blend into each other. It’s a gritty movie but it doesn’t quite fit into 100 minutes of screen time.

After four years of waiting, the highly anticipated sequel to the 2009 blockbuster “Star Trek” has hit theaters. As one-third of the film was recorded specifically with high-resolution IMAX cameras, it offers stunning visuals.