China may have violated sanctions

China may have violated sanctions 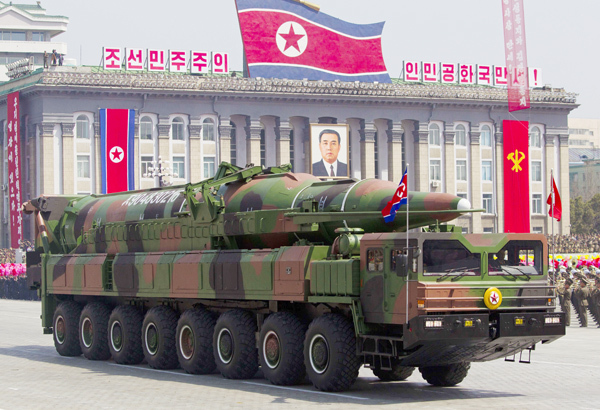 Missile transporters shown by North Korea in a parade in April are suspected of being imported from China, according to a UN report. [AP/NEWSIS]

A recent United Nations report indicates that military vehicles used to transport missiles by North Korea in April during the celebration of the 100th anniversary of the birth of founder Kim Il Sung were imported from China, raising concerns that Beijing may have violated sanctions set by the UN Security Council.

But China responded in a briefing to the sanctions committee that the company, a subsidiary of state-owned China Aerospace Science and Industry Corp., exported six lumber transport trucks to North Korea in 2011 and said the vehicles were not military-purpose and could not be used for transporting or launching missiles.

The UN bans the selling of technology to North Korea that can support its ballistic missile program.

The panel of experts concluded that it is highly likely that Pyongyang breached end-user guarantees with the Chinese company and converted the WS51200 trucks into transporter-erector-launchers.

But some analysts pointed out that the Chinese company may have had knowledge that WS51200 vehicle could be used for both civilian and military purposes, especially since its parent company, China Aerospace Science and Industry, develops missiles and rockets.

Separately, a U.S. think tank discovered through satellite photos that the North appears to be starting up new tunneling work at the Punggye-ri test site in the northeastern part of the country, believed to be the site of its past three nuclear tests.

A report released Tuesday by “38 North,” run by the U.S.-Korea Institute at Johns Hopkins University, said that new satellite imagery from June 1 revealed tunneling activities that started in April and that the “activities do not appear to be part of preparations for a nuclear test in the near-term.” They seem to indicate either construction of a new tunnel or repair work.