Ki takes off for U.K. after wedding

Ki takes off for U.K. after wedding

Footballer Ki Sung-yueng, 26, who got married to actress Han Hye-jin, 32, on July 1, left the day after the wedding to the U.K. alone. His wife Han will follow him after finishing her schedules, including filming a movie, tentatively titled “When a Man Loves,” in late July.

On the same day the couple tied the knot, Han’s talk show, “Healing Camp,” aired an episode in which Han appeared as a guest and further opened up about her romance with Ki. In the second half of the show, Ki made a surprise visit to propose to Han and joined the talk show. Ki revealed he once said goodbye to Han because of overwhelming pressure from the big age gap between them as well as their individual careers, but they soon patched things up as they thought they were meant to be together. 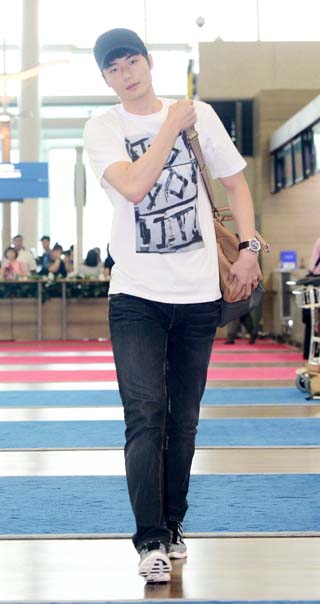 Footballer Ki Sung-yueng is leaving Incheon International Airport yesterday for the U.K., the day after his wedding with actress Han Hye-jin.

Meanwhile, many entertainers attended the wedding to bless Ki and Han’s love on July 1. 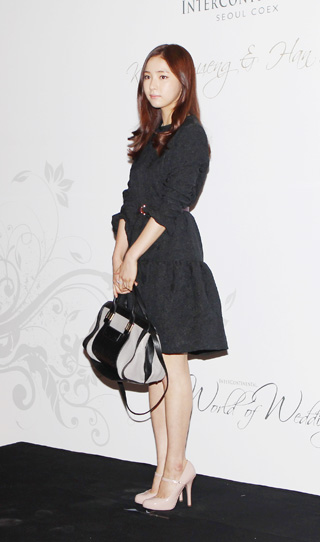 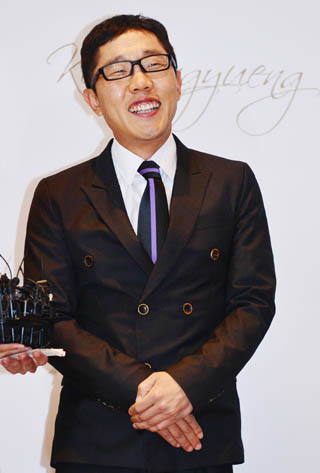 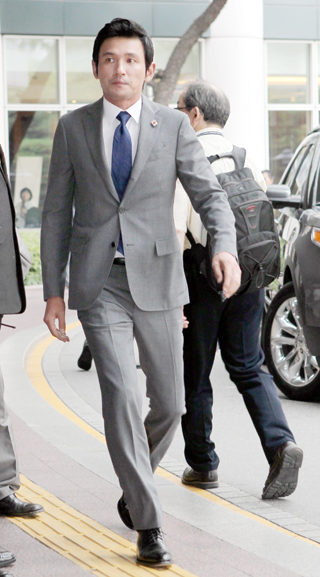 Actor Hwang Jung-min, who also appears in Han’s new film, “When a Man Loves,” walks into the hotel.

Model Jang Yoon-ju poses for the camera in a black-and-white dress.