V40 is Scandinavian chic via China

V40 is Scandinavian chic via China 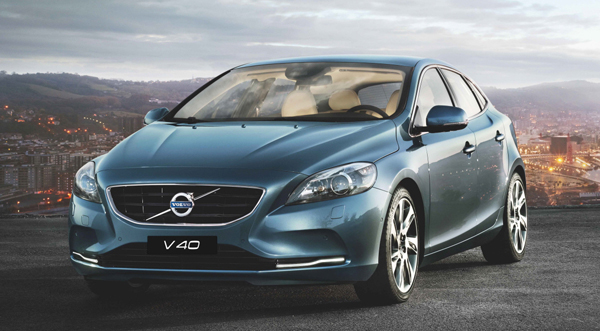 The Volvo V40 is a premium hatchback released to refresh the automaker’s presence in the global auto market. While the model was introduced in Europe last year, it didn’t arrive in Korea until March.

Volvo has a history of safety innovations, introducing features like three-point seat belts and side impact airbags. Korean drivers are well aware of the Swedish brand’s reputation for safety, but that has not always translated into sales.

Last year, Volvo sold 421,951 cars worldwide, down 6.1 percent from 2011. Some people say their view of Volvo’s legendary quality was affected when they heard Zhejiang Geely Holding Group, a Chinese company, bought Volvo from Ford in 2010.

However, Zhejiang Geely has been actually putting a lot of effort into reviving the brand. The company has set a goal of selling 800,000 units annually by?2020 and believes the V40 will be a key reaching that milestone.

The V40 is the first new Volvo model under Zheijang Geely, although it is built on the platform of the Ford Focus.

The V40 is the successor to the C30 three-door hatchback, the S40 four-door sedan and the V50 four-door wagon, and is expected to compete in the premium compact hatchback segment with the BMW 1-Series, Audi A3 Sportback and Mercedes-Benz A-Class, which will be released in the second half of the year in Korea. Another competitor is the Volkswagen Golf, Korea’s best-selling foreign hatchback that is coming out its seventh-generation GTI and GTD models.

But the V40 definitely has the right stuff to challenge the Germans. In addition to safety, the V40 has with Scandinavian chic and comfortable interior based on its “designed around you” concept.

The V40 is slightly bigger than the BMW 1-Series and Audi A3 Sportbacks, yet its lower height maintains a sleek athleticism. 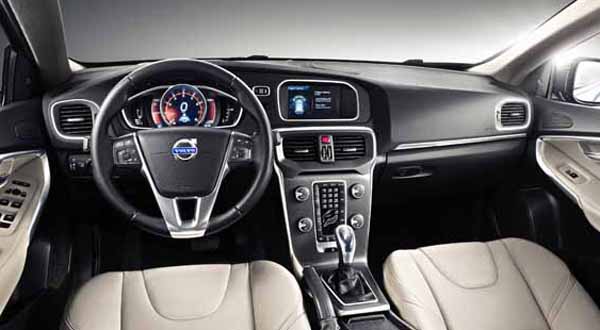 Top the exterior of Volvo V40 D4. Bottom: the interior. Provided by the company

The interior design of Volvo V40 is simple, but gives a warm feeling thanks to a wood-covered floating center console that resembles fine Scandinavian furniture. From leather upholstery to the illuminated leather knob of the six-speed power shift, the interior screams Scandinavian chic, while frameless rear view mirrors and a glass roof add another level of cool to the cabin.

The highlight of interior is probably the liquid crystal instrumentation that provides excellent legibility in almost any light. The large Active TFT infotainment screen can be programmed to one of three modes - normal, eco and sport - and in each mode the driver is shown a set of graphics and information tailored to the driving style selected.??

In sport mode, a red theme is featured replacing the analog speedometer with a large centrally mounted tachometer with a digital speed readout. In eco mode, an “eco guide economy meter” is featured in green, telling the driver how much throttle is used.

On the downside, the back seat has limited headroom and is not wide enough for three normal-sized adults.

In addition, the 335-liter cargo space of the V40 is smaller than that of its German competitors. The BMW 1-Series offers 360 liters and Volkswagen Golf 350 liters. Folding down the rear seat increases the cargo space to 432 liters, and the area has bag hooks and a false floor that allows storage on two levels.

The performance of the V40 is not bad. In Korea, the gasoline-powered T5 and diesel-fueled D4 models are both equipped with a 2.0-liter five-cylinder engine. My test model, a D4, can produce 177 horsepower and go from zero to 100 kilometers per hour (62 mph) in 8.3 seconds.

Although I was a bit surprised by the diesel engine noise, wind and road noise is barely noticeable. For some people, the steering may feel a bit light and the turning is large for the size of the car, but overall the V40 D4 is enjoyable to drive.

As the new face of Volvo, the V40’s safety features are too numerous to list here. This vehicle is equipped with the world’s first pedestrian protecting airbag on hood and received five stars in the Euro NCAP crash test and its overall result was the best ever recorded by the institute.