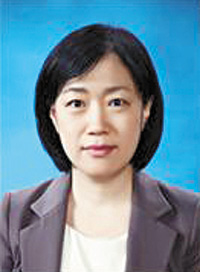 The Bank of Korea has promoted Suh Young-kyung to become the first female deputy governor in the central bank’s 63-year history.

Suh, 50, currently director for financial markets, will be responsible for research and economic statistics, the central bank said in an e-mailed statement in Seoul Monday.

While Suh will be one of five deputy governors, she won’t be a member of the committee which sets interest rates.

When Suh joined the central bank in 1988, officials told her to wear a schoolgirl-style outfit, Suh said in an interview this year, adding that she refused.

“They tried to force me to wear the same uniform as high school graduates, while giving money to my male colleagues to buy a suit every season,” she said. “The BOK was entirely dominated by men when I started.”

In March, the central bank had only three women among about 230 high-level positions. Governor Kim Choong Soo has said he wants to promote diversity.

One woman has served on the monetary policy board: Lee Sung Nam, from 2004-08 after being appointed from outside the institution.

Separately, Hur Jae-sung, head of the Bank of Korea Academy, was appointed Monday as a deputy governor in charge of communication and personnel training.