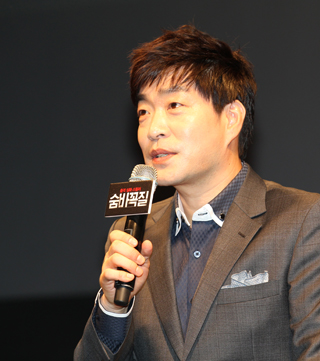 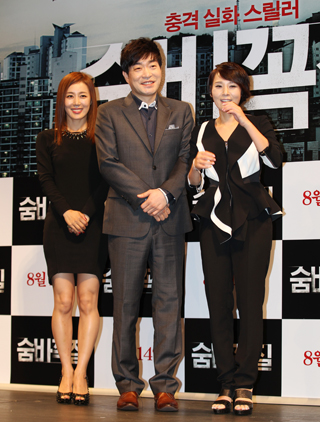 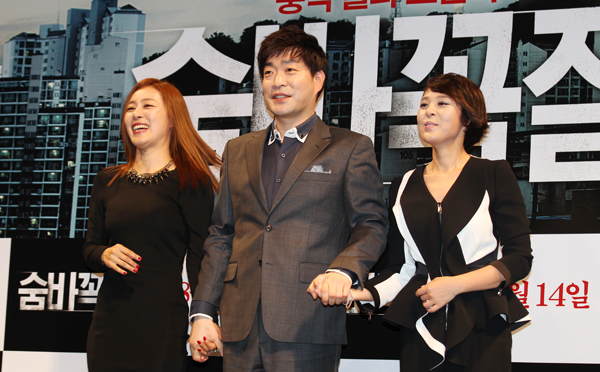 Cast members of upcoming movie “Hide and Seek” gathered for a press conference at Apgujeong CGV in Sinsa-dong, southern Seoul.

Actress Jeon Mi-seon of MBC drama “The Moon that Embraces the Sun,” actor Son Hyun-joo of ongoing SBS drama “Golden Empire,” and actress Moon Jung-hee of 2012 movie “Deranged” showed up on stage to promote the movie, which is scheduled to be released on August 14.