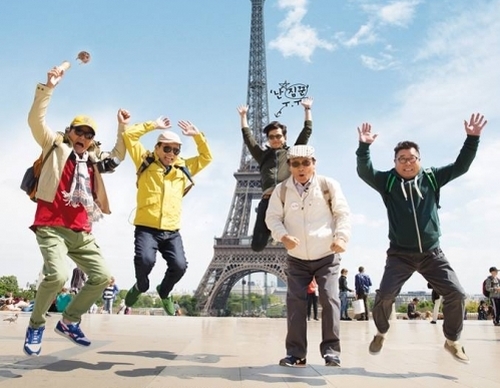 Veteran actors from cable channel tvN’s entertainment show “Grandpas Over Flowers” will travel to Taiwan to film the show’s second season. The first season was filmed in France.

Lee Sun-jae, popular for his role in the JTBC drama “Childless Comfort” and the MBC sitcom “Unstoppable High Kick,” Shin Gu of the MBC drama “Feast of the Gods,” Baek Il-sub of the film “Scout” and Park Geun-hyung of the film “Boomerang Family” will participate in the second season.

Considering the actors are in their 70s or older, the production staff chose a closer location for filming.

However, actor Lee Seo-jin of the MBC drama “Gyebaek,” who joined the show in France as a helper to the veteran actors, might not stay on the show, said a production staff member, according to local media reports.

The weekly show garnered popularity among local audiences, marking a 4.4 percent viewership rate with its second episode on Friday last week, according to Nielsen Korea, which is considered remarkable as many shows on cable channels rarely record viewership rates over 1 percent. The first season began on July 5.