We can’t lose our pasts

We can’t lose our pasts 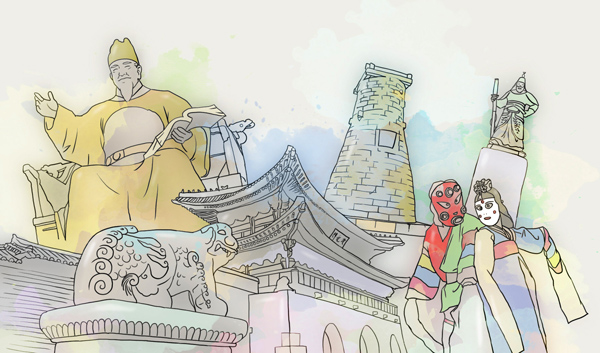 After the end of World War II, Jews dispersed across the globe, and many survivors of the Holocaust went to Palestine and founded the state of Israel. The Jewish race is a remarkable one: Jews account for 0.25 percent of the world’s population and yet account for 30 percent of Nobel laureates and 40 percent of American billionaires. The ways they imbibe their history and maintain their traditions played a vital role in the survival of the diaspora of millions who have lived in exile since ancient biblical times and faced outright extermination attempts under Nazi Germany.

At the dinner table, parents rigorously teach their children the Jewish tradition and trace their ancestry back to Biblical patriarchs. The Talmud, the textual backbone for Judaism and Jewish ways of life, has been handed down from generation to generation, and it still regulates the daily lives of much of the Jewish population.

The Korean people also have a history of 5,000 years and lived through a brutal colonial period of 35 years and a war that split their nation and land, which remains split today.

Young Koreans today read the 3.1 Independence Movement Day as “Three point one day.” They do not know the difference between independence activists Yun Bong-gil and Ahn Chang-ho. They name Gung Ye as the founding king of the Goryeo dynasty.

We cannot say most students have no knowledge of Korean history. But according to a recent survey by the Ministry of Security and Public Administration, 36 percent of surveyed adults and 53 percent of surveyed teenagers did not know when the Korean War broke out. For the record, it was 1950. The survey indicated there are many young people who have no basic historical knowledge let alone the understanding or ability to interpret the historical facts.

There are many reasons for the weakened sense of history. First, students learning Korean history at schools are fewer than before. Students applying for the Korean history section of the 2013 college entrance exam numbered 43,918, or 7 percent of test-takers, down sharply from 28 percent in 2005. Starting next year, students can choose just two instead of three social studies sections for college exams, which may mean that even fewer will study Korean history.

If this trend continues, more people are destined to be ignorant of even basic history. Japan is openly denying military aggressions in Asia during World War II, forced labor and sex slaves, and thumping the drum of its right over Korea’s Dokdo islets. China is distorting the Korean heritage of Goguryeo in the ancient Three Kingdom Period when Koreans controlled vast areas of central Manchuria. After World War II, the Germany sincerely sought atonement for its past brutalities and finally won recognition and respect from the global community. Japan, however, still infuriates neighbors by not owning up to history, distorting it deliberately, and making territorial claims that go back to its military imperialist days.

A feeble knowledge of history will undermine the foresight needed in the era of globalization. History does not merely teach facts of the past. It offers insights into today’s problems through lessons and builds the power to predict the future based on an understanding of the past.

From Goryeo to the Joseon dynasty, the royal court regularly held debates among the king and his subordinates discussing history and other academic topics. They referred to the Nine Chinese Classics, or books of Confucianism, as well as history textbooks and records for insights and lessons in hopes of applying them to contemporary problems and issues.

A consensus to strengthen history education has gained momentum through a campaign from educators, petitions from civil groups, and President Park Geun-hye’s interest in the matter. A recent survey by the Korean Federation of Teachers’ Associations showed that a majority of 1,630 teachers in elementary and secondary schools and universities said the most effective way to revitalize history education is to make Korean history a compulsory subject for college exams.

Resistance is likely, as is more memorization for students. The change would require an overall revision in the state-administered exam to balance with other high school courses. Still, education in Korean history must be reinforced. There is no future for those who do not know their pasts, said historian and independence activist Shin Chae-ho.

* The author is the head of the Korean Federation of Teachers’ Associations and a professor at Seoul National University of Education.