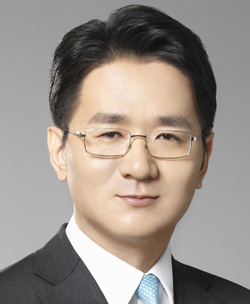 Korean Air Lines said yesterday that Vice President Cho Won-tae, who is the head of company’s corporate strategy and planning division, will also take charge of the cargo division. Cho is the only son of Hanjin Group Chairman Cho Yang-ho.

The company said the move was made to shore up the struggling cargo business. According to data from Incheon Airport Corporation, cargo transport by KAL from January through May was 305,349 tons, down 11 percent from a year ago. The cargo business accounts more than 30 percent of the company’s total revenue, according to KAL.

Cho, 37, joined the company in 2004 and was promoted to vice president earlier this year.