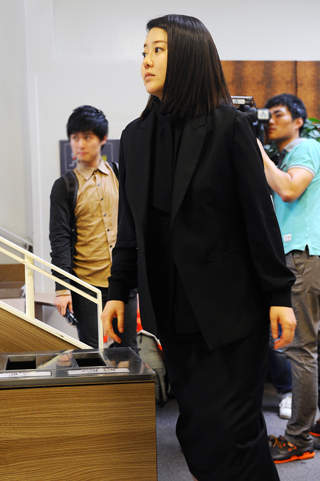 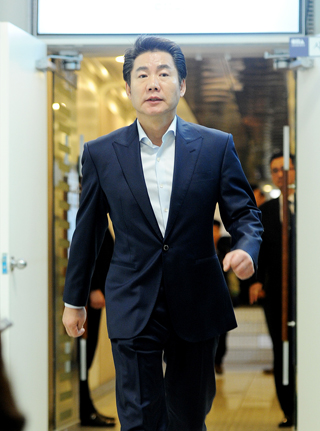 Actor Park Sang-won of the MBC dance show “Dancing with the Stars 3” walks to Asan Medical Center on Tuesday.[JoongAng Ilbo] 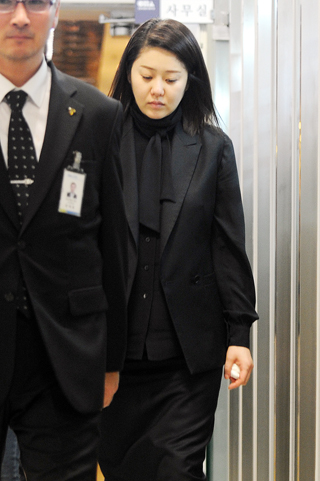 Actress Ko Hyun-jung of the MBC drama “The Queen’s Classroom” walks to the funeral home set up in Asan Medical Center in Songpa, southern Seoul, on Tuesday.[JoongAng Ilbo]

Many of the local celebrities who had worked with the late TV director-producer Kim Jong-hak, best known for his drama “Sandglass,” visited Asan Medical Center to pay the tribute after he was found to have committed suicide on Tuesday.
Actress Ko Hyung-jung and actor Park Sang-won of “Sandglass” came to say their goodbyes to the renowned director, and actress Kim Hee-sun of the SBS talk show “Hwashin - Controller of the Heart,” who worked with him on the SBS drama “Faith” last year, also showed her condolences at the funeral home at the hospital.