‘Grandpas Over Flowers’ take off for Taiwan

‘Grandpas Over Flowers’ take off for Taiwan 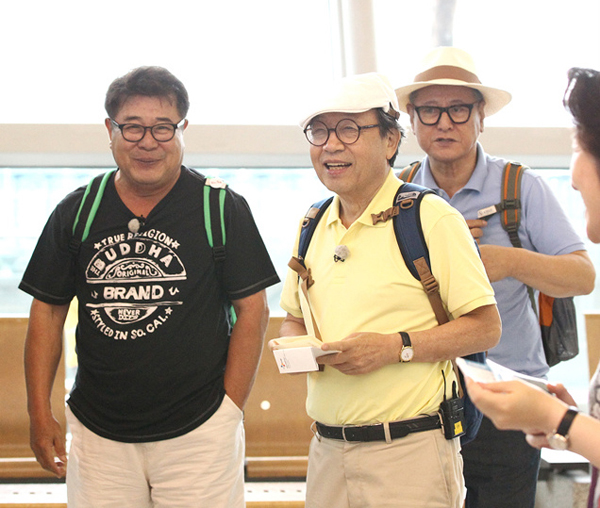 The veteran actors of cable channel tvN’s entertainment show “Grandpas Over Flowers” left Incheon International Airport yesterday to film a second batch of episodes of the show in Taiwan.
The first season, which was filmed in France, garnered much attention from local viewers when it aired earlier this month, so the producers decided to send the sudden stars on a second trip.
However, not all the members are going on the second trip together. Shin Gu of the MBC drama “Feast of the Gods,” Baek Il-sub of the film “Scout” and Park Geun-hyung of the film “Boomerang Family” gathered yesterday leaving Lee Sun-jae of JTBC drama “Childless Comfort” behind due to his other arrangements.
He and actor Lee Seo-jin of the MBC drama “Gyebaek,” a helper to the veteran actors who also decided to stay for the following season, will leave today.
Many are wondering what other three actors will lead the show as the oldest, Lee Sun-jae, and tour guide Lee Seo-jin are not there to help them find their way in a foreign country.
All the members will come back on Tuesday.