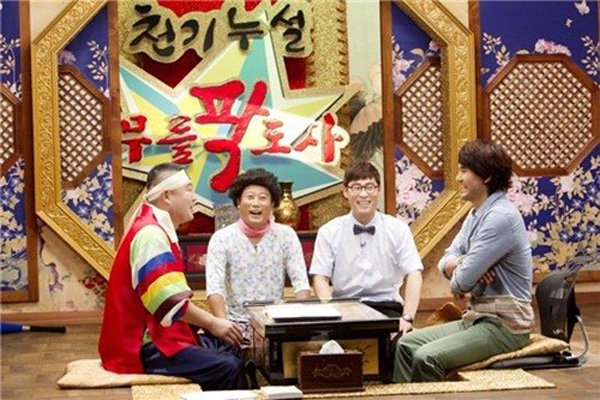 Nine months after being brought back to the small screen, the MBC talk show “Knee Drop Guru” may be canceled, according to local media reports yesterday. The show came back as its original host, Kang Ho-dong, returned to the entertainment industry after it was revealed that he evaded paying taxes.

The rumors about the show’s cancellation rose after the broadcaster scheduled a pilot entertainment program, “Story Show Hwasubun,” in the same time slot when “Knee Drop Guru” airs on Thursday evenings.

An MBC official was quoted as saying that the talk show is provisionally decided to be canceled, although it has already recorded some interviews with local celebrities and athletes that have not been aired. The official added that the program was given until August to improve its ratings when it returned to the small screen in November.

The show, which began its run in 2007, was once one of the nation’s most popular talk shows, but it struggled after its revival due to fierce competition with other entertainment shows.