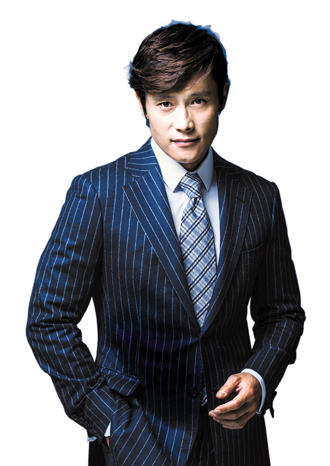 The recent works of actor Lee Byung-hun, who became a Hollywood star after acting in movies produced in the United States, including the “G.I. Joe” series and “Red 2,” will be shown in a documentary explaining how he was able to become a world star and how this opened the door for other domestic celebrities to participate in overseas movie production.

Broadcaster SBS produced the documentary about Lee and will air the show tomorrow on “SBS Special” at 11:15 p.m.

The actor, who became popular across Asia after the 2003 drama “All In,” did not settle for being a Hallyu (Korean wave) star, instead aiming for Hollywood and receiving a role in 2009 movie “G.I. Joe: The Rise of Cobra.”

After achieving fame in this role, he was cast for the movie’s sequel, and later “Red 2,” acting alongside big-name stars Bruce Willis and Catherine Zeta-Jones in the film that opened in Korea last week.

Lee was also able to get his roles in the movies, which were originally set as Japanese or Chinese, changed to characters of Korean heritage so that global movie fans could discover more about Korea and its culture.

Meanwhile, the broadcaster has also made a special documentary on veteran singer Cho Yong-pil, who recently created a buzz when he came back to the entertainment scene. It will be aired on Aug. 4.