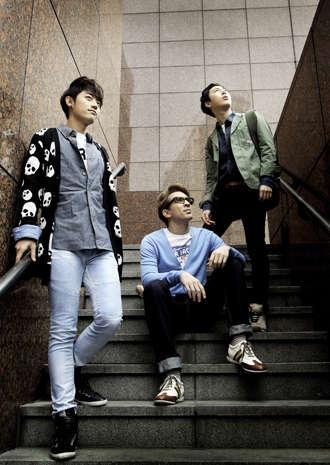 Busker Busker will begin a national tour in Busan in October. [JoongAng Ilbo]

The band that garnered nationwide popularity with “Cherry Blossom Ending” last year and this spring will make a comeback to the entertainment scene in September.

The agency previously said on social network services, including Twitter and Facebook, that work for the second album release started last month and that each member has started to record for the upcoming album.

The group, which released its first album containing several sleeper hits in March 2012, finalized its promotion in June. However, “Cherry Blossom Ending” topped local music charts again in the spring, an unprecedented trend for a year-old song.

The group will also have a national tour, “2013 Busker Busker Concert.” It will start on Oct. 3 in Busan, move to Daegu on Oct. 20, and then to Olympic Park in Songpa, southern Seoul for two days from Nov. 1.