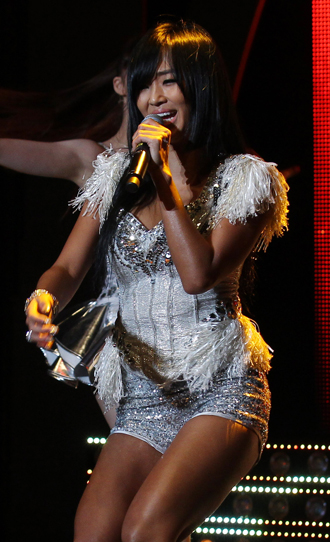 Hyorin of girl group Sistar is said to be skipping taking a vacation after the group completed the promotion of their second album.

While the rest of Sistar are taking time out, Hyorin has been coming to the dance studio everyday by herself, working with many of the local dance instructors.

It is said that she is practicing to make her debut as a solo singer as many industry experts have predicted that she is the star who will succeed sexy icon Lee Hyo-ri as the new “Queen of Kpop.”

Many have said that she found approval for her dance moves while she was working in subunit group Sistar19. She also received acclaim for her vocal skills while competing in reality TV contest “Immortal Song2” on KBS.

Although it has been said that her agency is also preparing for her solo debut, it is cautious about confirming when it will happen.

“Hyorin’s solo debut is all about what concept she is going to have rather than when,” said the agency, according to local media reports.

“When we decide that we are fully ready, then the solo project will be unveiled.”