Chairman of Doosan is chosen to head KCCI

Chairman of Doosan is chosen to head KCCI 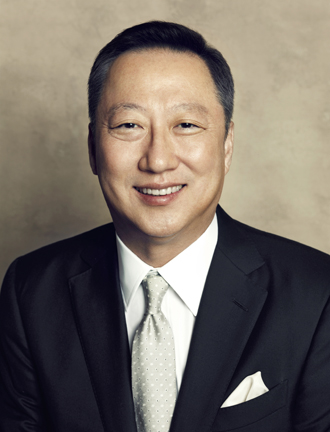 The Korea Chamber of Commerce and Industry, the nation’s largest business lobby, has named Doosan Group Chairman Park Yong-maan as its new chief.

The fifth son of Doosan founder Park Too-pyong will succeed CJ Group Chairman Sohn Kyung-shik, who stepped down July 9 amid a widening investigation into slush-fund allegations involving the 14th-largest conglomerate. Sohn had been chairman since 2005.

“KCCI’s Seoul chapter leadership unanimously agreed to name Park as the business lobby group’s new captain,” said Lee Dong-geun, KCCI vice chairman, at a press briefing. “Park is likely to accept the job and he is expected to give his official reponse tomorrow.”

Lee said Park will officially be nominated as head of the Seoul chapter on Aug. 12 and then appointed as chairman of KCCI on Aug. 21.

Park, who is in his late 50s, will be the youngest-ever KCCI chairman.

According to the KCCI, the chairman also serves as chairman of the 100-member KCCI Seoul chapter. The top position in the Seoul chapter has also been vacant since Sohn stepped down.

Park’s term will end in March 2015, and he can serve a maximum of two three-year terms.

Park, who was born in 1955 and graduated from Seoul National University’s business school, is famous for his aggressiveness in mergers and acquisitions. He has played a key role in transforming Doosan from a consumer goods manufacturer into a global heavy industries group.

The new chairman is also known for his obsession with IT gadgets.

He was one of the first to use the iPad, even before it was officially launched in the Korean market, and he frequently tweets to communicate. His Twitter page boasts 160,000 followers.