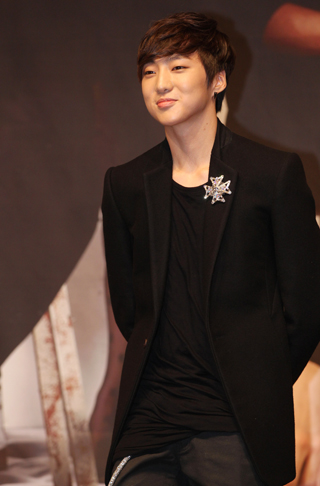 Singer Kang Seung-yoon, a former contestant of the survival audition program “Superstar K2,” released lyrics of his upcoming song yesterday. The song “Wild and Young” will officially be released today.
The song’s lyrics feature some passionate, loving words as he sings, “I will just run to you right now although people keep on saying that I’m still young, but I don’t need those words.
“Although the life gets tough, I get through the day as I’m so sure that you will be at the end of this path.”
The song is based on a rock genre that has been composed by Teddy, one of the main producers at YG Entertainment. Since rock music is rarely produced by Teddy, many fans are waiting to see how Kang and Teddy will create harmony in the song.
After the release of the song today, he will have the first debut performance on Sunday through the SBS music show “Popular Song.”