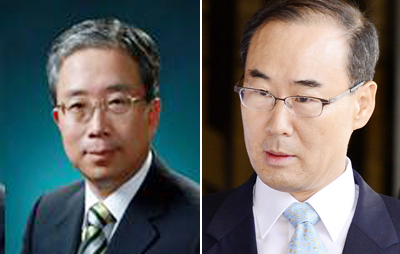 Song Gwang-jo, 50, chief of the Seoul tax office, tendered his resignation after being suspected of accepting free golf games in return for helping the CJ Group avoid a tax audit.

CJ Chairman Lee Jay-hyun is being investigated by prosecutors for allegedly having slush funds worth hundreds of billions of won and evading taxes through offshore companies.

Song is the third tax official to be investigated since the probe of the conglomerate began to drag in high-ranking government officials.

Sources in the Seoul Central District Prosecutors’ Office said Song was questioned on July 27 on suspicion of taking free golf games and trips worth millions of won from the country’s 14th-largest conglomerate for helping it avoid a tax audit.

Song was the director of the department of tax investigation planning and coordination of the NTS when the conglomerate was audited by the Seoul tax office in 2006.

Song was appointed as the Seoul office chief in April.

“We didn’t find any serious violations worthy of criminal punishment,” a spokesman for the prosecution told reporters.

Also yesterday, a former chief of the tax agency was summoned by prosecutors.

Jun Gun-pyo, 58, former commissioner of the NTS appeared before the Seoul Central District Prosecutors’ Office in Seocho-dong, southern Seoul around 9:40 a.m. The prosecutors suspect that Jun received $300,000 and a designer watch from Shin Dong-ki, 56, vice-chairman of CJ Global Holdings, for helping the group avoid paying a fine in 2006.

Tax investigation unit IV of the Seoul tax office found CJ evaded hundreds of billions of won in taxes but it didn’t require it to repay the 350 billion won ($311.7 million) it should have. Prosecutors suspect Jun allegedly exercised his influence over the Seoul office.

“I will tell everything I know to prosecutors,” Jun said when reporters asked whether he received any type of bribes from CJ.

He refused to answer when reporters asked whether he met CJ chairman Lee and vice-chairman of CJ Global Holdings Shin at a restaurant in the Grand Hyatt hotel in Hannam-dong, central Seoul in 2006.

Prosecution sources said Jun, who had denied the allegations, admitted that he received the cash in a written statement submitted to the prosecution before he went for questioning yesterday. But Jun said he didn’t provide any favors in return for the money. In Korea, accepting bribes without providing favors in return is legal.

Jun was jailed in December 2008 for three-and-a-half years for taking 79 million won from the former head of the Busan Regional Tax Office, who was thanking him for helping him get the job in 2007. The arrest gained Jun the dubious distinction of being the first NTS commissioner ever to be jailed during his term since the agency was established in 1999.