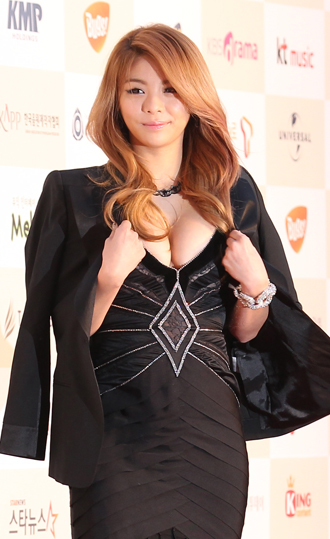 Singer Ailee has topped the Billboard K-pop chart for a second week in a row.

Her song “U&I,” the first single from her second EP, “A’s Doll House,” was made by the renowned Korean songwriters and producers Shinsadong Tiger and Kupa. The song is a warning message to a man who betrayed his girlfriend.

Meanwhile, over on Billboard’s world album chart, singer Kim Hyun-joong has taken the No. 1 spot with “Round 3.”

It is the first time Kim has ranked so high on the Billboard chart.

The first single from that album, “Your Story,” has also been garnering much popularity since the album’s release.