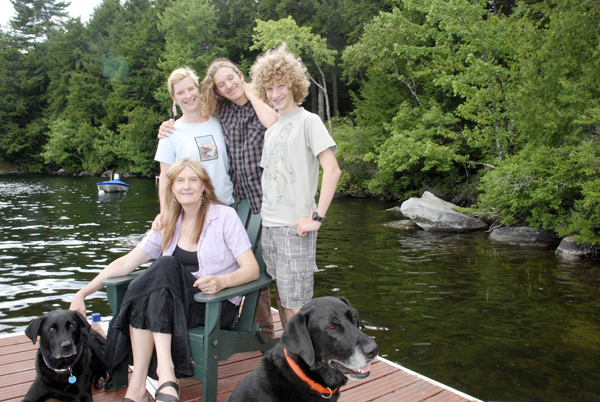 Writer Jennifer Finney Boylan, author of the book “Stuck in the Middle With You,” sits with her spouse Deidre and their sons Zach and Sean (L-R) outside their lake house in Maine in 2012, in this photo courtesy of the Boylan family. [REUTERS/NEWS1]

WASHINGTON - Author Jennifer Finney Boylan says there is more to being a mother than giving birth and in her newest book, “Stuck in the Middle With You,” she chronicles her transgender journey from being a father to a mother.

For much of her life as a parent of two boys she said she was “some parental version of the schnoodle or the cockapoo,” referring to the dogs produced by mixing two breeds.

In the book, Boylan, 55, describes the impact of her transition, which began about 11 years ago, on her now-teenage sons, Zach and Sean, and her wife of 25 years, Deirdre.

Boylan, who has written 12 other books, spoke with Reuters about her latest work, gender and parenting.

Q. What inspired you to write a memoir on parenting now?

A. I wanted to talk about trans experience to kind of normalize it a little bit ... A trans person tends to get into the news when there’s trouble, when there’s been a murder or violence, someone has lost their job. And those are important stories to cover, obviously ... But somebody needs to tell the stories of mothers and fathers and children .?.?. when the stories are about families doing well.

How has your family reacted to being portrayed by name? 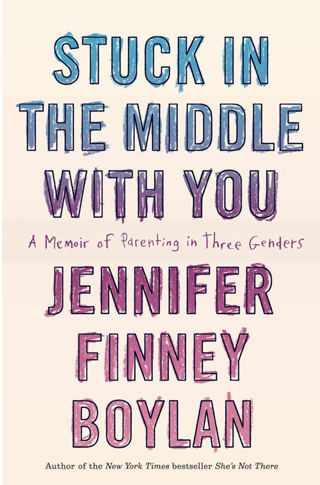 It was their idea .?.?. I was a little afraid. That was the other reason I was a little reticent about writing about motherhood and fatherhood. It seems like writing about your children is another form of child abuse it seems to me, so I asked them about it. But Zach said: ‘No that’s great. Everyone should know about our family.’ He’s very proud of his family. But he said: ‘If you’re going to write about us, use our real names.’

There’s been much debate about the work-life balance of women. You’ve seen parenting from both sides - what’s your take?

So, can a transgender woman have it all? Fathers can’t have it all either. Every couple has to figure out what dynamic is going to make that family work ... I think families have to figure out what are the two or three most important things and do those things consistently and just try to fill in the gaps wherever you can.

What are your thoughts as more U.S. states march toward marriage equality, given your own journey from an opposite-sex couple to a same-sex one?

We have this sense of trans people as vulnerable others, when in fact there are tens of thousands of transgenders throughout the country going about their business, doing their jobs, raising their families. So when you tell stories, you give voice to that experience, too ... I’m just thrilled about the march toward equality for lesbians and gay men that is happening across the country, but it is also true that .?.?. the giddiness around marriage equality can sometimes overshadow the fact that transgender people are really suffering in this country and are vulnerable to violence and suicide ... It’s important for people to remember that for transgender people the fight for equality is a long way off.


What is your hope for the future of the American family?

Finally, any advice for aspiring writers?

As a writer, until I had children, I was always a late-night writer. I always wanted to stay awake until the dawn and do the work then. One thing about having children is that it just reset my clock .?.?. The other thing is .?.?. it used to be that I had to have my special pen and my special cup of coffee, and my special mug, and it had to be just the (right) inspiration. There’s no room for that when you have kids.

I’ll say two (more) things: First off, the most important thing is not inspiration, the most important thing is revision .?.?. The other thing I would say is: You have to find your truth and it can be a terribly scary thing to do, to write from the heart .?.?. and I’m hoping that .?.?. as a woman that my writing reflects something that is truer and more fiercely fought for and hard won. Reuters/News1