G-Dragon laments over loss of ‘Popopo’

G-Dragon laments over loss of ‘Popopo’ 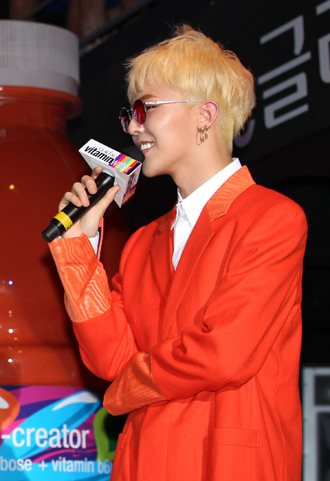 G-Dragon of the boy group Big Bang expressed his sadness over the fact that one of Korea’s major children’s shows will be canceled.

Broadcaster MBC said yesterday that “Popopo,” which has aired for more than 30 years, will stop airing after tomorrow. It has made more than 7,700 episodes so far, having made children sing, dance or act in a short play.

The show, named after the sounds of a kiss, was also popular because of its song.

G-Dragon posted phrases of the song on his social network service yesterday.

“Kiss when you greet, kiss when you say good-bye. What is this feeling that makes me sad? Good-bye Popopo,” he said on Twitter.

The singer appeared on the show when he was 5 years old. Many of the local celebrities have done the same when they were young, including actress Shin Se-kyung of the SBS drama “Fashion King.”