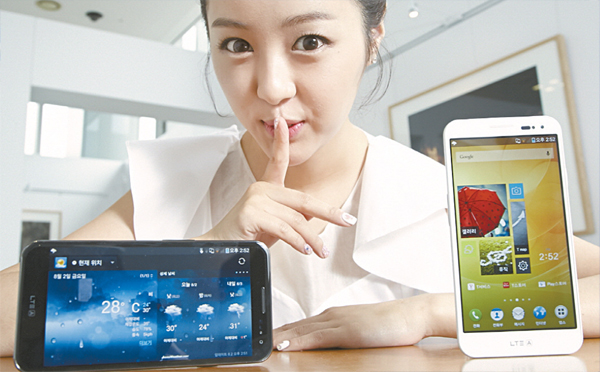 Pantech’s VEGA LTE-A, the company’s
first smartphone to support the advanced
long-term evolution (LTE) network,
is introduced yesterday. The new
phone with a 5.6-inch display is capable
of recognizing fingerprints, a function
previously adopted by other
phone producers like LG Electronics,
but the recognition rate has risen to as
high as 99 percent. Fingerprint recognition
also makes it possible for users
to designate specific applications such
as mobile messengers or phone books
as inaccessible. The phone will be
available only with mobile carrier SK
Telecom. Provided by the company