Imports race to a sales record in slow season

Imports race to a sales record in slow season 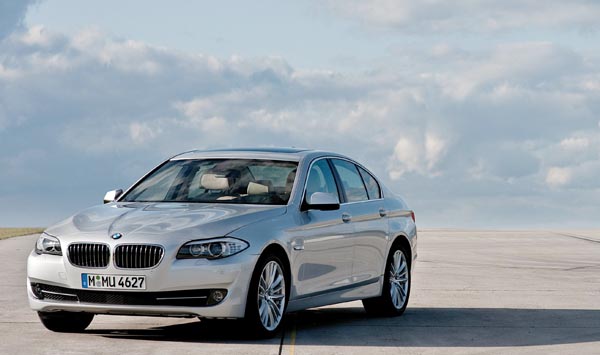 There seems to be no braking import car sales in Korea as foreign brands turned in record sales in July, traditionally a slow time of year for the auto industry, according to data released yesterday by the Korea Automobile Importers and Distributors Association (Kaida).

The trade association said a total of 14,953 foreign cars were newly registered last month, beating the previous monthly sales record of 13,411 units in May.

The July sales figure was also a 39 percent increase from a year ago, and imports now account for 12.3 percent of the Korean market.

For the first seven months of the year, Kaida said a total of 89,440 imported cars were sold, a 22.5 percent increase from the previous year.

German dominance continued as Volkswagen had its best monthly sales ever. The company sold 2,696 cars, a year-on-year increase of 124.3 percent, led by the newly released seventh-generation Golf and small SUV Tiguan.

Japanese automaker Nissan also posted strong sales of 309 units in July, up 151.2 percent from year ago. Popular midsize sedan Altima had its best month since its release in October with 234 cars sold.

The company said it will conduct a promotion this month to celebrate the impressive sales, offering no-interest payments for 36 months or rebates of 1 million won ($896) to 2 million won.

Meanwhile, Volvo was the biggest loser among foreign brands after suffering a 42.9 percent year-on-year decrease in July with 104 sales.

The five local automakers showed signs of recovery after selling 124,963 units in July, a 2.9 percent year-on-year increase, but seven-month figures remain down 1.8 percent from a year ago.

Industry insiders speculate that foreign sales will continues to rise due to aggressive discounts and summer promotions.

Toyota Korea, which suffered a rare sales decline in July, said it will extend a 7 million won discount promotion on the Venza and the 86, while taking 3 million won off the Camry Hybrid.

Chrysler Korea said last week it will offer 2 million won to 5 million won discounts on Fiats and reduce the price of a Chrysler 300C 3.6 by 7 million won for cash buyers.

Honda Korea is taking 2 million won off of the price tag of the Accord 3.5 and the Crosstour.