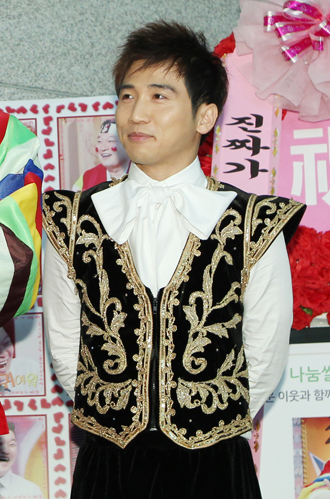 Comedian Yoo Se-yoon is coming back to the entertainment scene after taking time off following a drunk-driving incident in May, according to local media reports.

He plans to release a new EP as a member of the male duo UV on Aug. 16.

“The duo has recently completed filming a music video and finishing up the final touches to the EP,” said an industry official, according to the reports.

In the driving incident, Yoo actually turned himself in to the police voluntarily, then he stepped down from all the TV shows he was taking part in, including the MBC talk shows “Knee Drop Guru” and “Radio Star,” and cable channel tvN’s comedy show “SNL Korea.”

Yoo was rumored to be coming back to “SNL Korea,” the Korean version of the popular U.S. comedy show “Saturday Night Live,” last month, but his agency and the production team at the broadcaster denied it was going to happen.