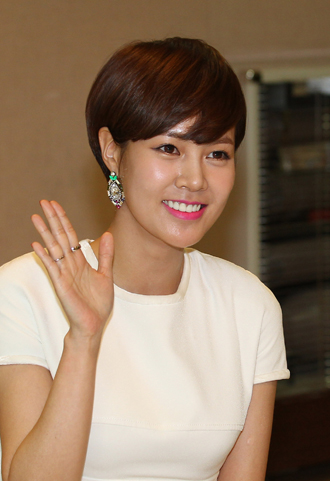 Actor Lee Sang-yeob of the KBS drama “The Innocent Man” and actress Choi Yoon-young of the MBC drama “The Queen’s Classroom” will act together in a special drama which will be aired during Korea’s Chuseok Holiday next month, one of the biggest holidays in Korea.

The drama, tentatively named “The Greatest Thing in the World,” will depict stories of single moms and adoptees.

“We are set to deliver the message that all lives are precious and that we need to take care of every living being,” said the production team, according to local media reports.

Choi will be playing a musical performer named Wuseon. Her counterpart will be Lee, who came back to Korea from Australia after he was sent there when he was young through an adoption agency. He will play John Harrison, a musical director.

The drama will be a two-part series and each will be about 70 minutes long. The exact air date has not been announced.