Gov’t backs down on tax row

Gov’t backs down on tax row 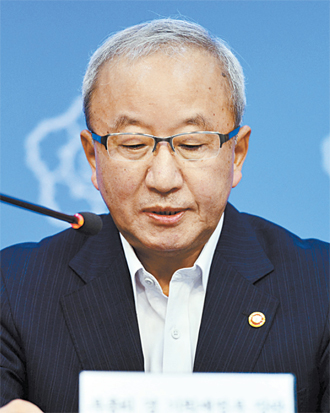 President Park Geun-hye yesterday vowed to reconsider her government’s newly announced income tax reforms, as discontent with the plans has spread from the opposition party to the wider public and even to her own ruling party.

“These hard economic times are worsening, especially for the working class, thinning people’s already thin wallets and moving the middle class against our economic policy,” Park said during a meeting with her senior secretaries. “You should reconsider the plan from square one.”

The Ministry of Strategy and Finance last week announced a tax reform plan for 2014 that, while sticking to Park’s pledge not to raise tax rates, instead slashed several tax credits, effectively increasing the tax bill of the high- and middle-income brackets.

Park said yesterday that the plan was well-intentioned, but the government should have explained and promoted it better.

She urged officials to cooperate with the ruling Saenuri Party to satisfy the disgruntled public. “We still have National Assembly reviews and discussions in the standing committee,” Park said.

Following Park’s order, the ruling Saenuri Party and top finance officials, including Deputy Prime Minister Hyun Oh-seok, sat down for an urgent meeting at the National Assembly later in the morning to discuss how to revise the plan.

“I am sorry for causing the people anxiety with the revised tax regulations,” said Hyun at a press briefing yesterday evening. “I will review the regulations from scratch in order not to increase the tax burden on working people and the middle class.”

According to the government’s original plan to eliminate several tax credits, 4.34 million workers who earn more than 34.5 million won ($30,937) a year would pay at least 160,000 won more in income tax.

While no concrete decision was made at the meeting yesterday, the government and the ruling party said they would continue consultations to revise the tax reforms. Park’s rare decision to overturn her secretaries and back down from the original tax reforms appears to be in response to rapidly worsening public opinions.

The ruling and opposition parties both expressed displeasure over the insensitivity the Blue House showed in how it announced the tax changes.

On Saturday, tens of thousands of people gathered at Seoul Plaza for a candlelight rally, demanding reforms to the National Intelligence Service. Although previous protests had not generated much traction, the Democratic Party hoped to use outrage over the tax issue to fuel the NIS protest, calling the tax reform plan a “tax bomb” on the working class. The main opposition party also started a signature drive yesterday to garner additional support.

But Park reacted quickly, perhaps cautious to avoid a repeat of 2008, when protests against U.S. beef imports suddenly snowballed into massive protests against the newly elected Lee Myung-bak administration that paralyzed the government for months.

Even members of the ruling party have been making attacks on the tax reforms, despite being on the same side as the Park administration, saying the plan showed insensitivity to the public.

“No matter what you call it, if taxpayers are paying more out of their pockets, then it is a tax hike,” said Saenuri Chairman Hwang Woo-yea yesterday morning at the Supreme Council meeting.

Another leader, Lee Hye-hoon, said public servants must be careful with their words and actions not to hurt the feelings of people struggling with taxes and the slow economy.

“Instead of announcing tax hikes for salaried workers, the government must demonstrate its will go to after tax evasions by high-income earners,” she said.

On Friday, Cho Won-dong, Park’s senior secretary for economic affairs, gave a lengthy explanation to reporters to justify the tax reform plan. He said the government was sorry about cutting the tax credits but appealed to workers to “open their hearts” and accept the plan.

Cho also quoted the famous dictum by Jean-Baptiste Colbert, the 17th century finance minister to France’s King Louis XIV: “The art of taxation consists in so plucking the goose as to obtain the largest amount of feathers with the least possible amount of hissing.”

Despite Park’s backing down on cutting the tax credit, the main opposition Democratic Party stepped up its attacks, demanding an apology.

“By reversing their decision, the government, Blue House and the ruling party have admitted their incompetence,” said Representative Kim Kwan-young, senior spokesman of the DP. “Park must apologize for causing this serious chaos in state affairs.”

“When she was a candidate, Park promised that there wouldn’t be a tax hike,” he said. “She promised to raise resources for wider welfare benefits by going after underground economies and adjusting expenditures, but that promise was not kept.”

“For working-class families, their 100,000 won and 200,000 won are more precious than 10 million won and 20 million won of the conglomerates and the super rich,” Kim said. “Taking money away from the working class and middle class is taking away money for babies’ milk, school tuition for children and gifts to parents for Chuseok.”

The Democrats also demanded that Cho, the economic senior secretary, be fired and that Park’s economic team, including Deputy Prime Minister Hyun, be replaced.