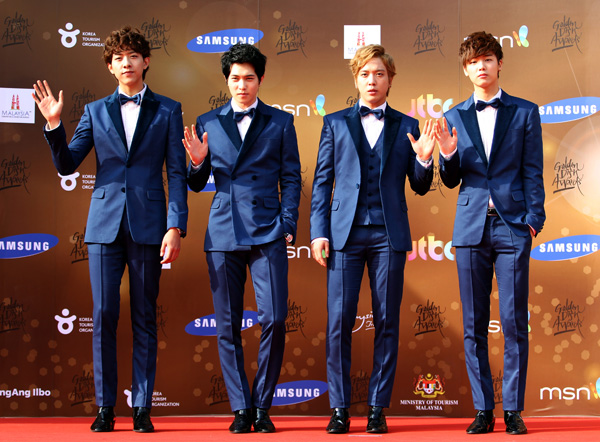 Summer Sonic 2013 featured the two bands at both of the festival’s locations, in Tokyo and Osaka.

While it was the first time for CN Blue to perform in this particular festival, FT Island took part in 2010.

FT Island played hits such as “Time To” and “Black Chocolate,” as well as additional songs.

CN Blue performed “Where You Are,” “Blind Love” and more.

Now that FT Island is back in Korea, the group is set to perform here today, joining the “DMZ K-Rock in Harmony,” being shown on MBC, and then will move to Hong Kong for a solo concert.

CN Blue will perform two shows in Osaka, beginning today, and then head to Malaysia for a concert on Aug. 24.