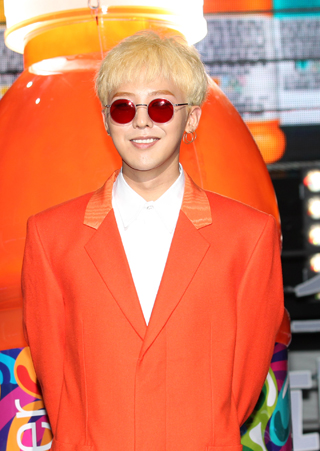 According to his agency, YG Entertainment, the leader of boy group Big Bang donated 81.8 million won ($73,456) to the Seungil Hope Foundation.

The amount referenced his birthday, Aug. 18. The foundation is co-managed by singer Sean and Park Seung-il, a former basketball player diagnosed with Lou Gehrig’s disease, to help those suffering from the degenerative disease.

Fans joined in on the good-will birthday celebration. One of his fan clubs donated 8.18 million won to the same foundation, and another donated around 30 million won to Seoul National University Children’s Hospital, according to local news reports.

Meanwhile, YG Entertainment released yesterday a teaser video of “Shake the World,” one of the songs from G-Dragon’s upcoming second solo album. “Coup d’etat” will be released this month.

He will hold concerts at the Olympic Gymnastics Arena on Aug. 31 and Sept. 1.