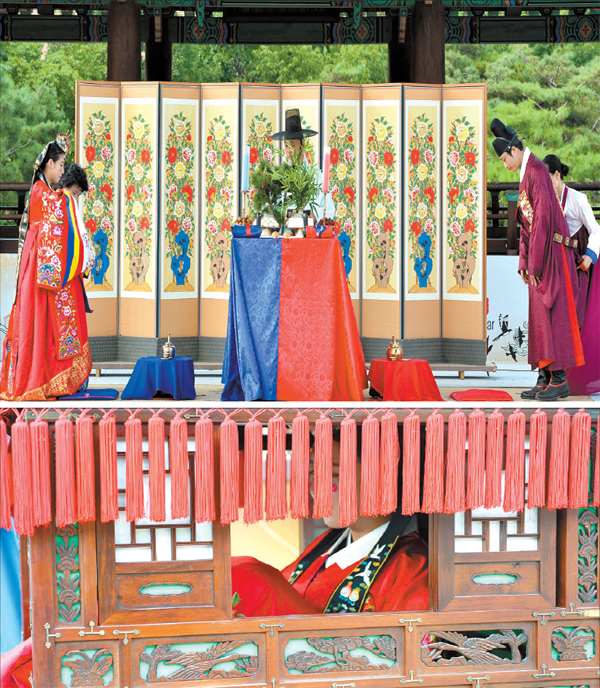 July 7 on the lunar calendar, which fell on Aug. 12 this year, is considered an auspicious day for a man and a woman to meet. There is a famous folktale about a man named Gyeon-u and a woman named Jiknyeo, forced to live on opposite sides of the galaxy, but who are reunited on July 7 every year by a bridge created by a flock of crows that spans the sky. At the Namsangol Hanok Village in central Seoul, a traditional wedding was held on the lunar July 7. In traditional weddings, the groom makes an entrance on a horse and the bride on a palanquin. [NEWSIS]