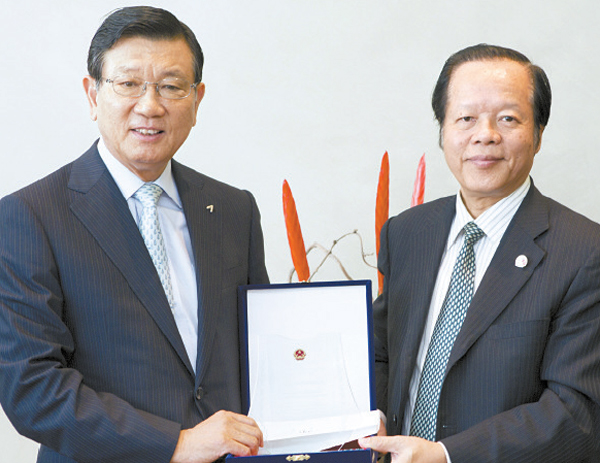 Kumho Asiana Group Chairman Park Sam-koo, left, receives a plaque of appreciation from Vietnamese Ambassador Tran Trong Toan yesterday at the group’s headquarters in Gwanghwamun, central Seoul. Kumho Asiana has played a pivotal role in Vietnam’s economic development with its affiliates Asiana Airlines, Kumho Tires and Kumho E&C since 1993. The group also has run the Kumho Asiana-Vietnam Scholarship and Cultural Foundation since 2007. Provided by the company