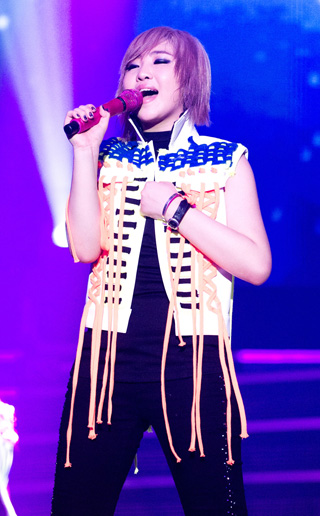 2NE1’s Minzy, who gave up staying in school to pursue a music career, has passed the General Education Development test and has received a high school diploma.

The star now has a certification proving she is educated to the same level as any other high school graduate, meaning she can apply for college.

“Minzy has earned such a result even though she was crazed by the group’s world tour last year, and the continuous release of new songs this year,” the group’s agency, YG Entertainment, told local media.

The youngest member of the group decided not to go to high school in 2009, opting to make her debut as a member of 2NE1 instead. At the time, she said she did not regret her choice and made the decision because she wanted to.

The group, which released “Do You Love Me” early this month, is scheduled to introduce another new song in September.