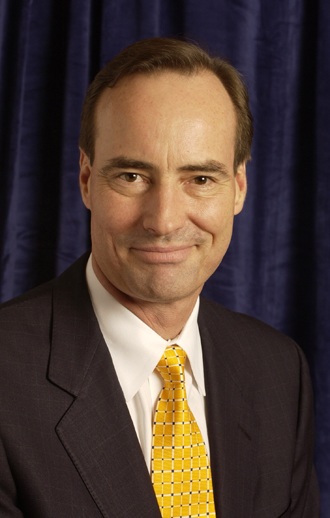 Harry S. Dent, author of “The Great Crash Ahead,” emphasizes Asian economies should be more aware of declining demographic trends triggered by a retirement wave of the baby boomers and people’s consumption than changes in monetary policies like the U.S. exit strategy of its quantitative easing (QE).

In a telephone interview with the JoongAng Sunday on Friday, Dent said it is the right time to end the U.S. QE and warns the Japanese government of possible failure of Abenomics if the country relies on the measure for too long.

The analyst is famous for his early forecasts on the Japanese economy’s deepening recession in the 1980s and growth of the Dow Jones Industrial Average index in the early 1990s.

Dent asserts that massive stimulus like QE can only work short term.

Q. What is the cause of the recent financial crisis in emerging markets like India, Indonesia and Brazil?

A. The U.S. tapering is going to slow down investment in emerging countries, but it is not the main reason for emerging economies’ crisis. It’s secondary. Emerging countries don’t drive the global economy. They rather benefit from the global economy. But the global economy is now slowing down and commodity prices are falling, too. So, they can’t do much about it. I don’t like Indonesia and Brazil for the next decade. India has lots of problems like inflation with its rupees falling, but Indonesia and Brazil export more, about 30 percent of their GDPs, just like Korea. Countries that export commodities more would be more vulnerable due to falling commodity prices.

We can’t do QE forever. We’ve been doing it for the past five years. So I think it is time to wind it down. But this will definitely be not good for the global economy. Without the QE, there could be another downturn. Japan has had a slow economy for the past two decades. What Abe did is to add a strong jolt to the economy. But stimulus never works in the long term. The Japanese government has such a high debt, 200 percent of its GDP. If they succeed in creating a 2 percent inflation target, then their government bonds will be 3 percent. That will cause super-high interest rates. If they keep doing it, that’s going to backfire.

Do you think Korea is following Japan in the economic and demographic patterns?

Korean demographics don’t really peak now, they have kind of plateaued. They will turn down in 2018 steeply. Your birth rate, about 1.4 birth per woman, is extremely low. You have very low immigration, just like Japan. I say that everything that happened in Japan, the peak in real estate, peak in stock, and slowing economy, will happen 22 years later in Korea. One thing you can do: Do what Japan has not done. The government needs to raise the retirement age. You’ve got to keep older workers in the workforce longer. It doesn’t make sense when workers are asked to retire at 65 when they get to live until 85 or 90. Korea could get ahead of the curve, and start convincing society, keep the workforce growing, so you don’t slow down, and combat these demographic downturns.