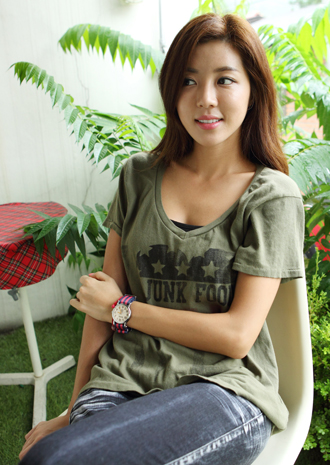 Actress Park Han-byul denied rumors that she has broken up with her boyfriend of over 10 years, Choi Dong-wook, better known as the singer Se7en.

After local media reported on their breakup yesterday, an official at Park’s agency told Ilgan Sports, an affiliate of the Korea JoongAng Daily, that it is not true.

“One report said the two had broken up before Se7en was enlisted, but that is not true,” said the official.

“They are still together, but because they have been dating for over 10 years many rumors come out.”

The original report that questioned the breakup of the couple said that the two are still good friends, which is why they continued to see each other until Se7en’s enlistment.

It also said Park had a hard time dealing with stories that mention her and try to get her to comment about her boyfriend’s enlistment.